Police looking for suspect after attack on woman 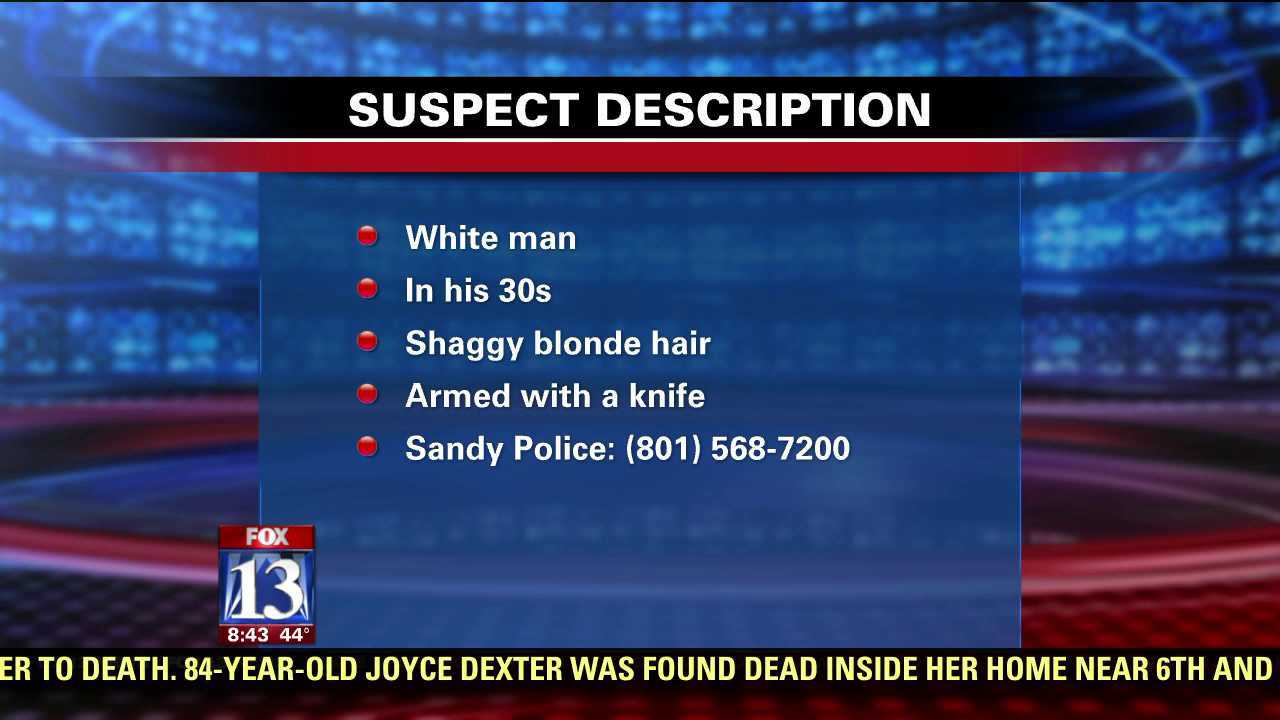 SANDY, Utah -- Police in Sandy said a woman escaped an attacker Wednesday after she fought him off with a soda bottle.

Officers said just before midnight, the 25-year-old woman was walking near the Sandy Civic Center TRAX station at 115 E. Sego Lily Drive, when a man grabbed her from behind and tackled her.

According to police, the suspect had a large hunting knife. They say the victim fought him off with a soda bottle and called 911. The man grabbed her phone and ran off. Police said she was not hurt.

"He didn't touch her inappropriately, didn't start pulling at cloths. We are not entirely sure what his intentions were, obviously they were not the best of intentions," said Sgt. Jon Arnold, Sandy Police Department.

Police used dogs to search the area, but did not locate the man.

The woman described the suspect as a man in his 30s with shaggy blonde hair.