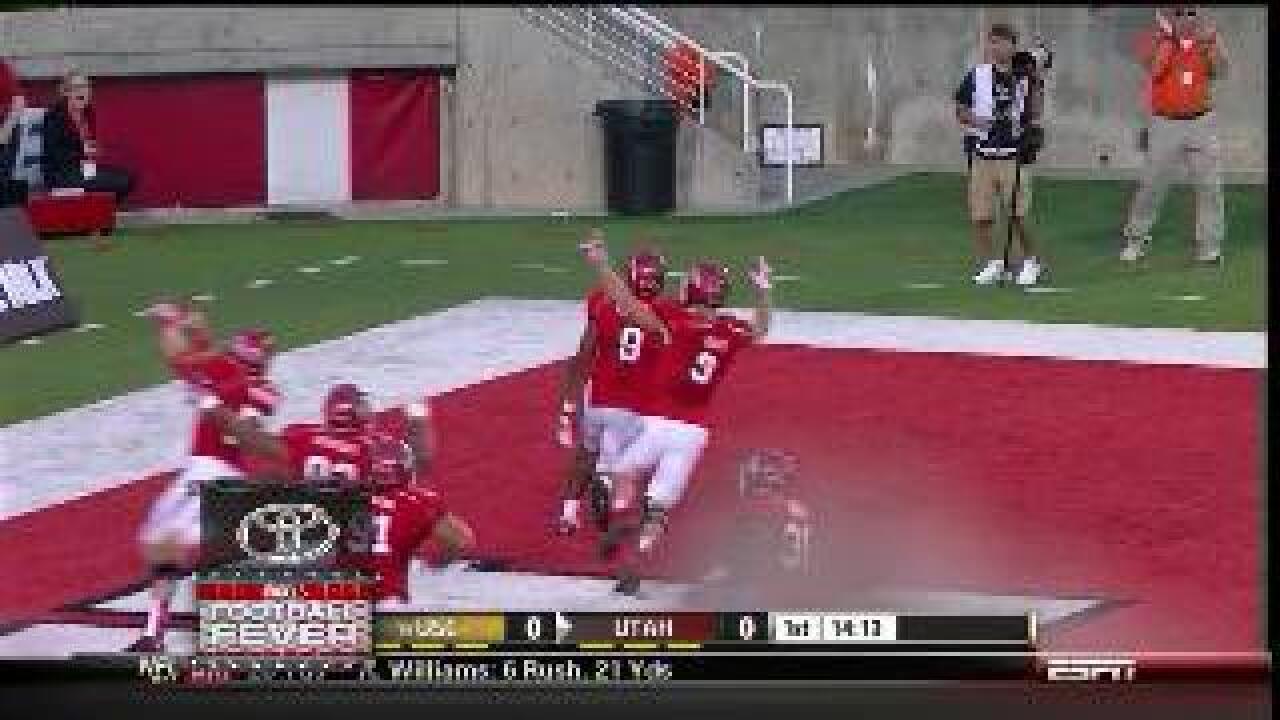 Utah's defense surprised USC early in the game with two touchdowns off Trojan turnovers to put the Utes up 14-0 less than three minutes into the game.

USC came back, scoring 10 points before Utah grabbed another touchdown to make the score 21-10. From that point on, it was all USC as they pulled ahead before halftime with a narrow 24-21 lead.

USC was able to put away the victory in the second half as they pulled ahead to a final score of 38-28.