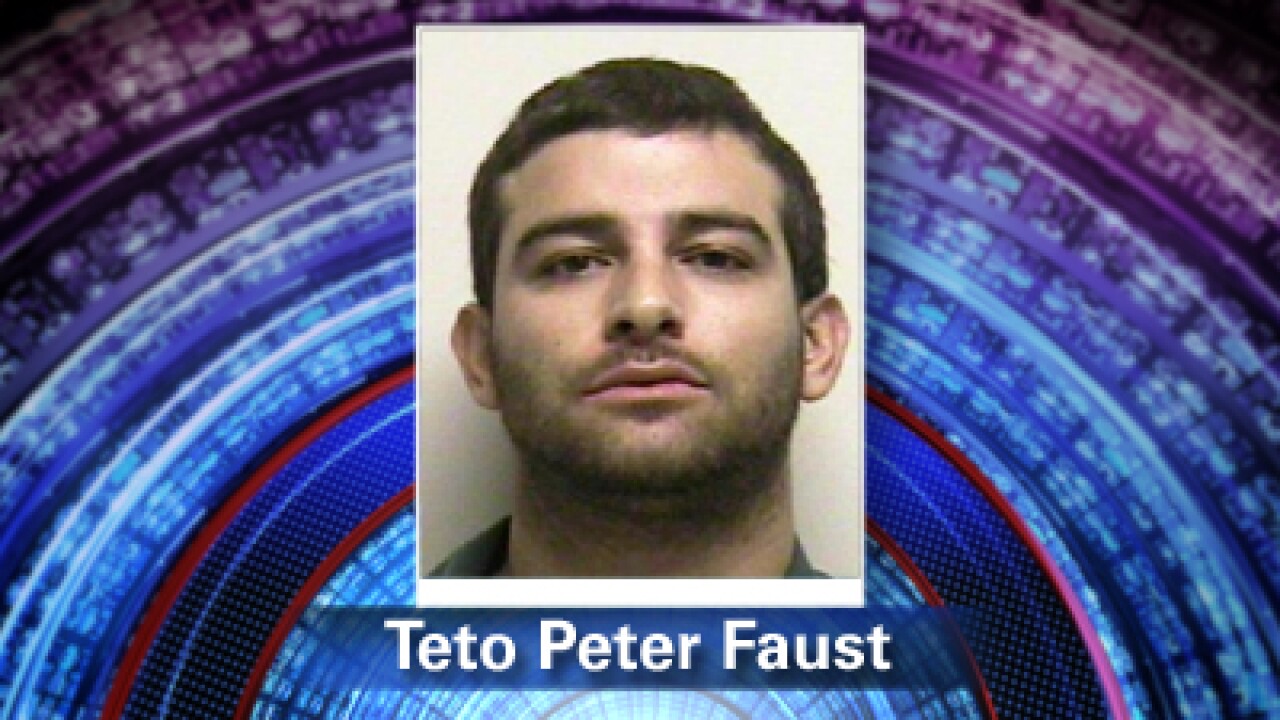 OREM, Utah – A Colorado man wanted in at least three states was taken into custody last Friday after police say he committed a series of felony burglaries to university athletic facilities and offices.

30-year-old Teto Peter Faust was arrested by Utah Valley University police after a UVU employee noticed a car matching the description of the suspect’s stolen vehicle and called police.

Investigators say they found a large quantity of stolen property, including a large collection of collegiate athletic merchandise in Faust’s stolen car, totaling more than $10,000.

Faust, who has several felony convictions in Colorado, is being held in the Utah County Jail.