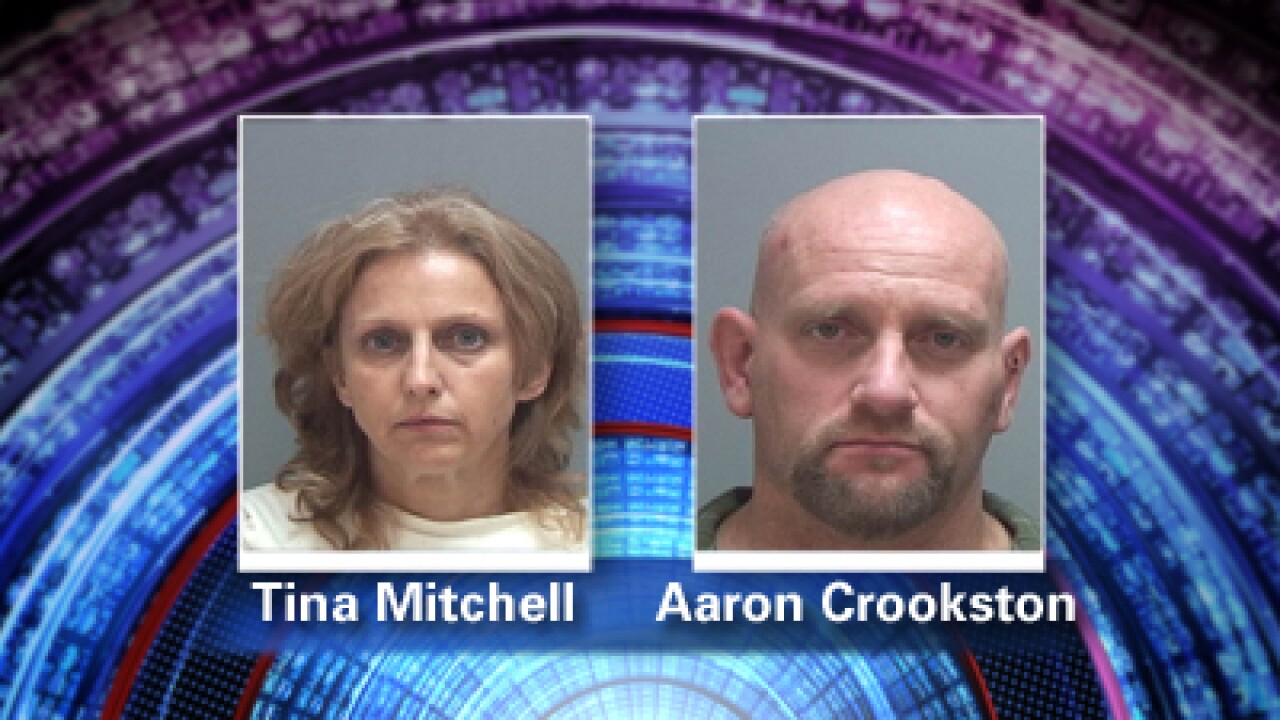 COTTONWOOD HEIGHTS, Utah – A pair of suspects fled from a Cottonwood Heights Police officer during a traffic stop on Wednesday, leading to a chase.

Officers in another agency saw the vehicle near Redwood Road and 5400 South and set out tire spikes to stop the vehicle.

The suspect, 42-year-old Aaron Luther Crookston, was taken into custody. He is facing multiple charges, including possession of stolen property, forgery and failure to stop for a police officer.

Peck says that while fleeing, Crookston had dropped off a female suspect, identified as 51-year-old Tina Mitchell, at an area church. She was also taken into custody and is charged with possession of methamphetamine and fleeing officers.