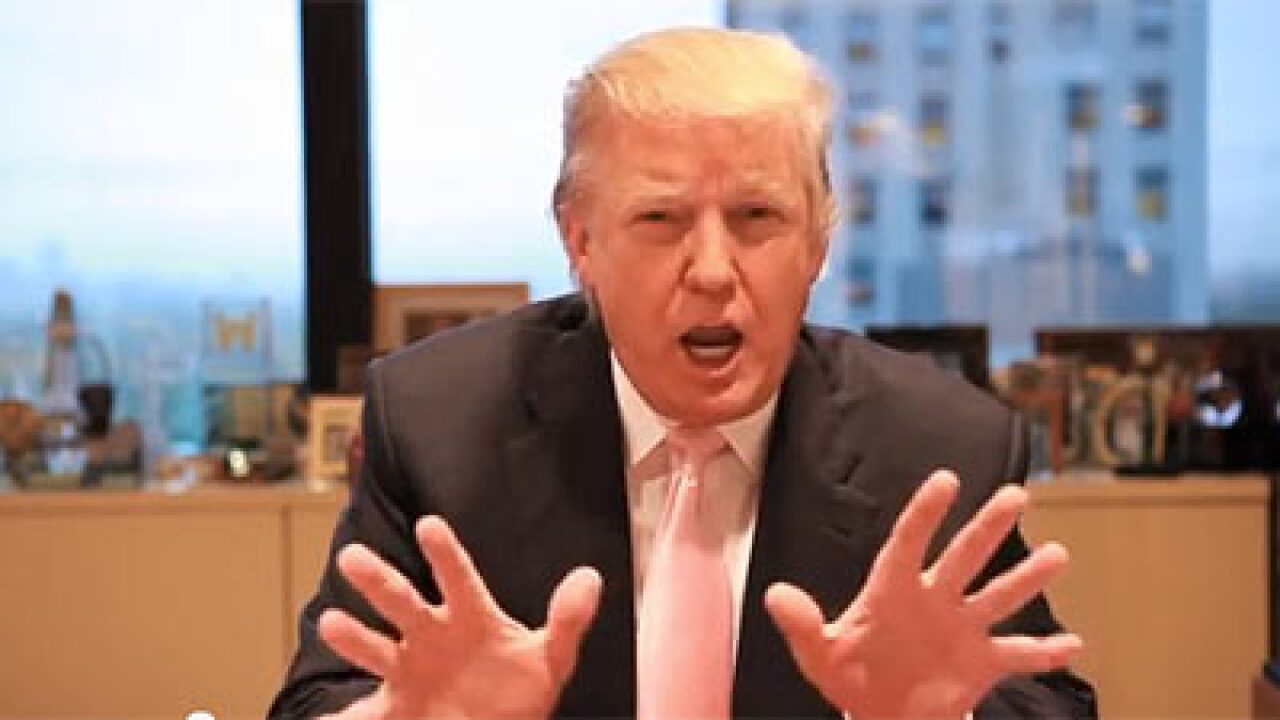 By Ashley Killough and Gregory Wallace

(CNN) — In a much-hyped announcement, real estate mogul and reality television star Donald Trump pulled yet another flashy move on Wednesday offering a monetary incentive in exchange for private information from President Barack Obama’s past.

Trump, in a stunt designed to draw media attention and set afire the conservative blogosphere, said he would donate $5 million to charity if the president released his college records and passport applications.

“I have a deal for the president, a deal that I don’t believe he can refuse, and I hope he doesn’t. If Barack Obama opens up and gives his college records and applications and if he gives his passport applications and records, I will give to a charity of his choice – inner city children in Chicago, American Cancer Society, AIDS research, anything he wants–a check immediately for $5 million,” Trump said.

He added that the check will be written “within one hour” of the documents’ release and set a deadline of 5 p.m. on October 31, one week before Election Day…and also right as children are heading out the door to begin trick or treating on Halloween.

“Frankly it’s a check that I very much want to write,” he said. “I absolutely would be the most happy of all if I did in fact make this contribution through the president to the charities.”

This isn’t the first time Trump has called for Obama to make public such records. The conservative, who flirted with a presidential bid last year, has long been at the steering wheel for the so-called birther movement, questioning the president’s place of birth.

Last year, Obama released his long-form birth certificate from Hawaii to quell speculation that he was not a U.S. citizen and may be constitutionally ineligible to serve as president. He has previously released a certification of live birth during the 2008 campaign. Both documents show that he was born in a Hawaii hospital on August 4, 1961. Contemporaneously published newspaper announcements also noted the birth in the Aloha State.

In his announcement, Trump took credit for last year’s release of the certificate.

“I am very honored to have gotten him to release his long form birth certificate, or whatever it may be,” he said.

Trump has said before he wants to see Obama’s college records, saying the documents contain students’ place of birth.

“I’d like to see what he said. It would be very interesting. I don’t care what his marks were. I don’t care if he had good marks, I’d just like to see ‘place of birth’,” Trump said in June at the North Carolina state Republican convention.

Asked about Trump’s announcement, David Plouffe, a senior adviser to the president, told reporters on a campaign bus to “direct those questions to Boston because Donald Trump is Mitt Romney’s biggest supporter so he owns everything he says.”

CNN’s Wolf Blitzer held Trump to account on “The Situation Room” in a May interview, as Trump continued to maintain that “a lot of people do not think” the live-birth certificate was “authentic” a year after the document was released. Trump also declined to offer names of experts in agreement with him.

The millionaire maintained in the interview that Obama’s birthplace is a matter of opinion, rather than fact.

Confronted with 1961 newspaper announcements of Obama’s birth, Trump accused Blitzer of defending Obama. Trump then alleged that the practice of filing U.S. birth announcements for an overseas birth was commonplace and done for “the benefits of being so-called born in this country,” though he offered no evidence.