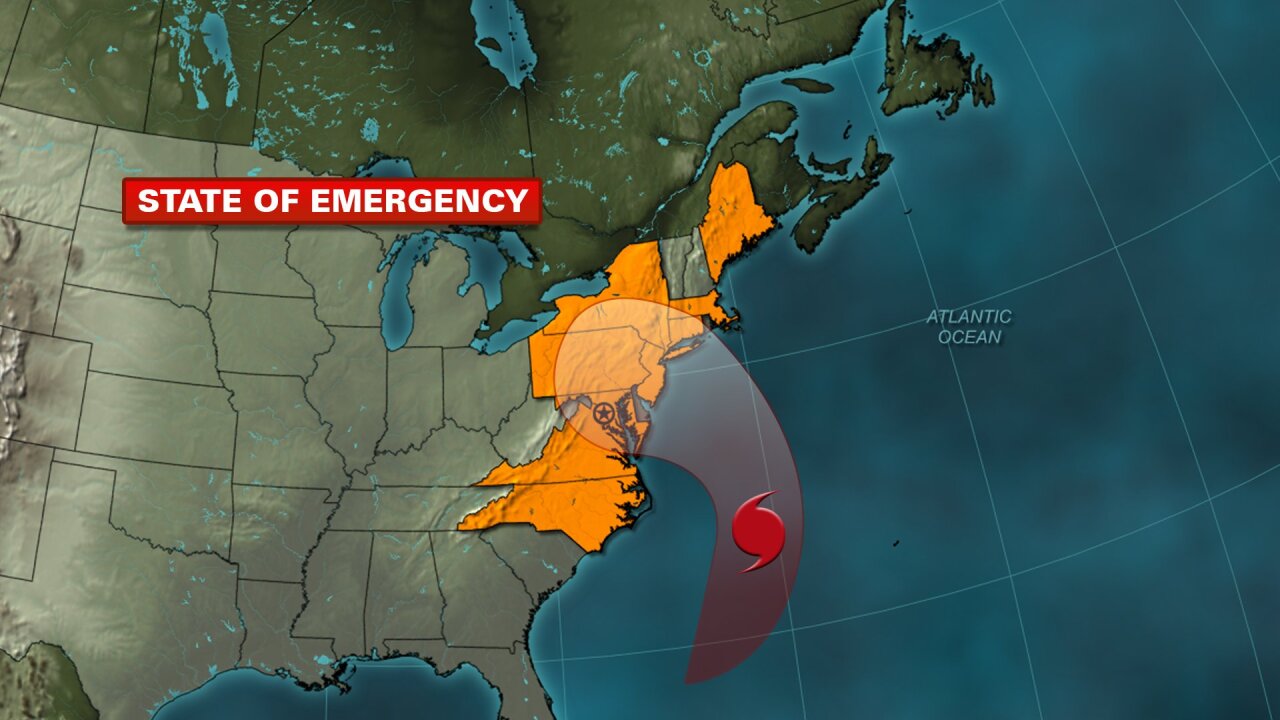 On Sunday morning the hurricane is 260 miles south-southeast of Cape Hatteras, North Carolina. Computer models predict Delaware, Maryland and Virginia could see up to a foot of rain. Hurricane Sandy has already proven to be deadly, with officials blaming the storm for at least 45 deaths. That figure includes 29 people in Haiti, with four more reported missing. Another 16 were dead in Cuba, Jamaica, Panama, the Dominican Republic and Puerto Rico.

Major airlines are canceling flights to and from the East Coast as Hurricane Sandy nears.

Southwest Airlines and AirTran Airways have canceled operations at 13 East Coast airports, and customers are being notified of cancellations and changes.

NEW YORK (CNN) — Monday is going to be ugly.

Close to 11 million commuters will be without service.

In the city that never sleeps, New York’s Metropolitan Transportation Authority was under orders from Gov. Andrew Cuomo to begin the suspension of subway service at 7 p.m. Sunday. Bus service was scheduled to stop at 9 p.m.

“The storm is coming … and now it is time to take action,” Cuomo told reporters. “A situation like this, you don’t want to be overly panicked and overly prepared, but you want to be prudent and you want to do what is necessary.”

It’s rare for New York’s massive transit network, the largest in North America with some 8.5 million riders a day, to grind to a halt.

But Cuomo said the move was a necessary step because it isn’t safe to operate trains in high winds, and equipment could also become damaged.

It’s unclear how long the system will be down.

“Service will be restored only when it is safe to do so, after careful inspections of all equipment and tracks. Even with minimal damage, this is expected to be a lengthy process,” the MTA said on its website.

Second only to the New York system in terms of size, the Metro system in Washington is also scheduled to shut down because of the approaching storm. Roughly 1.5 million people take the Metro each day.

Similarly, the Southeastern Pennsylvania Transportation Authority will not run. SEPTA, as it is known in Philadelphia, serves some 770,000 riders a day.

The storm is expected to cause massive flooding and widespread power outages when it hits the East Coast, in full, late Sunday and into the week. But before that happens, transportation companies and government officials are allowing — and, in some cases, urging — people to plan for the worst.

Various airlines have canceled flights. Delta, for example, canceled all flights out of New York and Philadelphia, starting at 7 p.m. Sunday, while flights from Washington to Boston will stop Monday morning. United Airlines canceled approximately 3,700 flights between Sunday and Wednesday.

Both companies are allowing some customers to change their flight plans without paying any fees due to Sandy.

Delta will let those ticketed to fly between Sunday and Wednesday, in and out of airports in 15 states and the District of Columbia, to reschedule by November 4. United’s offer applies to travel to and from 29 airports, for the same dates.

Other airlines, such as American, are offering a similar process, with slight variations. And at least in U.S. Airways’ case, the weather is already keeping airlines busy: The airline apologized to customers on its Twitter feed for long waits to get through to agents because of a high call volume tied to Sandy.

All Monday flight operations at the Philadelphia International Airport have been canceled, an airport spokeswoman said.

Amtrak announced Sunday that it canceled its Northeast Corridor services north of New York, starting Sunday night, and almost all services on the eastern seaboard Monday.

Bus lines connected to those trains were also canceled.

Meanwhile, New Jersey is taking steps to shut down NJ Transit bus, rail and Access Link service on Monday — much as it did last year for 36 hours because of Hurricane Irene.

“By beginning this important process, NJ Transit will be better able to support the state’s response to Hurricane Sandy by freeing up buses or other resources that may be needed for hurricane relief,” Department of Transportation Commissioner James Simpson said in a press release.

For all the potential headaches at airports, train stations and bus terminals, the type of transportation affected first and most directly by Sandy may be boating. All along the East Coast, meteorologists and officials have warned people to steer clear of the seas because of potentially perilous high winds and large waves tied to the storm.

Pam and Bob Haigh, a Rhode Island couple, were surprised — given how late it is in the hurricane season — that Sandy has delayed their plans to sail from Maryland to the Florida Keys.

But they know that this isn’t the first time that Mother Nature has affected travel plans, nor will it be the last.

“We’ve got a surprise, so we’ll just ride it out,” Pam Haigh said. “There’s not much else we can do.”