LOGAN — The Cache/Rich Drug Task Force has already made four drug busts since the beginning of the year.

According to a press release from the Logan Police Department, agents executed a search warrant on a home in Logan on January 2 for suspected methamphetamine use.

A SWAT team executed another search warrant on a Logan home on January 3. The SWAT team was dispatched based on the suspicion there were firearms in the home. Agents found copious amounts of drug paraphernalia, three rifles, one confirmed-stolen handgun, marijuana and a large amount of marijuana hash.

Four adults were inside during the serving of the warrant. Two additional suspects, who were tenants in the home, were located after further investigation. All six suspects were booked on drug charges.

On January 8 agents executed a warrant on a Logan home on suspected methamphetamine distribution. Two adults and one child were at the scene, were agents found multiple glass pipes, digital scales and more than an ounce of methamphetamine. Agents also seized $1,000 for forfeiture.

The two adults were booked on drug related charges, and the child was put into protective custody.

On January 15 agents executed a warrant at another Logan residence for suspected use and distribution of marijuana. Three adult males and one juvenile female were at the scene. A search revealed two ounces of marijuana and multiple items of drug paraphernalia. All four were charged with appropriate drug violations. 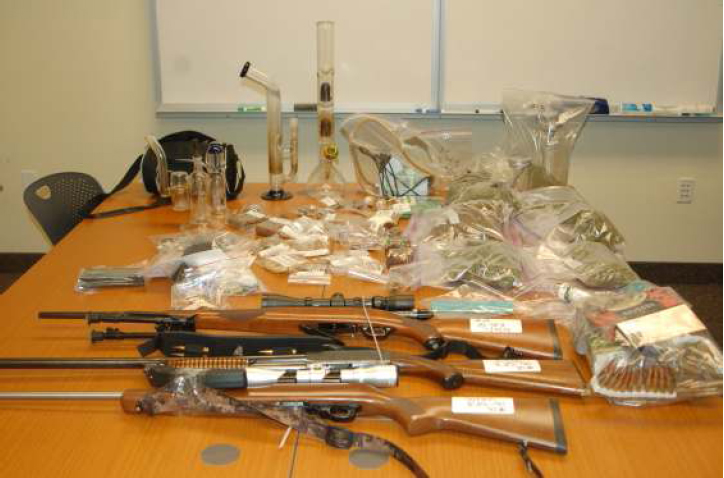