DUCHESNE COUNTY, Utah – One person is dead and another hospitalized after an explosion at a Duchesne County well site.

The Uintah County Sheriff’s Office says there were reports of an explosion at a well site operated by Newfield Production, located about 3 miles south of Myton, at around 8:30 p.m.

According to investigators, work was being done on a tank at a well site when the explosion occurred.

Three people were at the site when the explosion occurred. Tyson Boren, 28, of Neola, was killed. Rusty Harris, 32, was transported to a nearby hospital with unknown injuries. A third man, a water truck driver, was uninjured.

Boren worked for Boren Construction and was a contract welder for Newfield Production. Harris is an employee of Newfield. 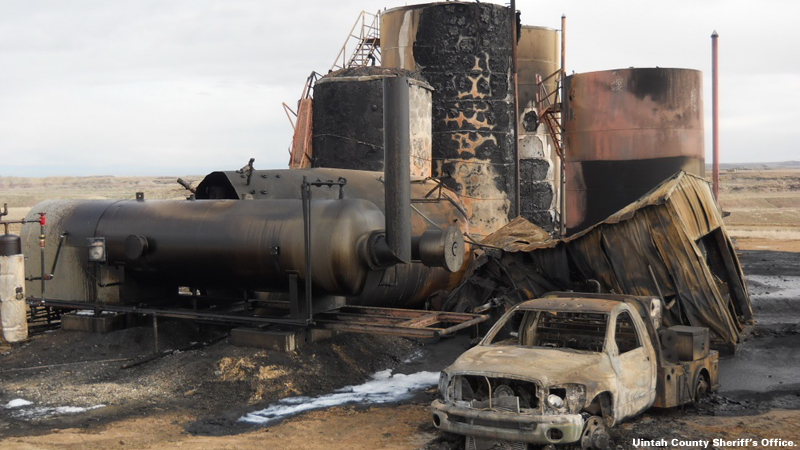