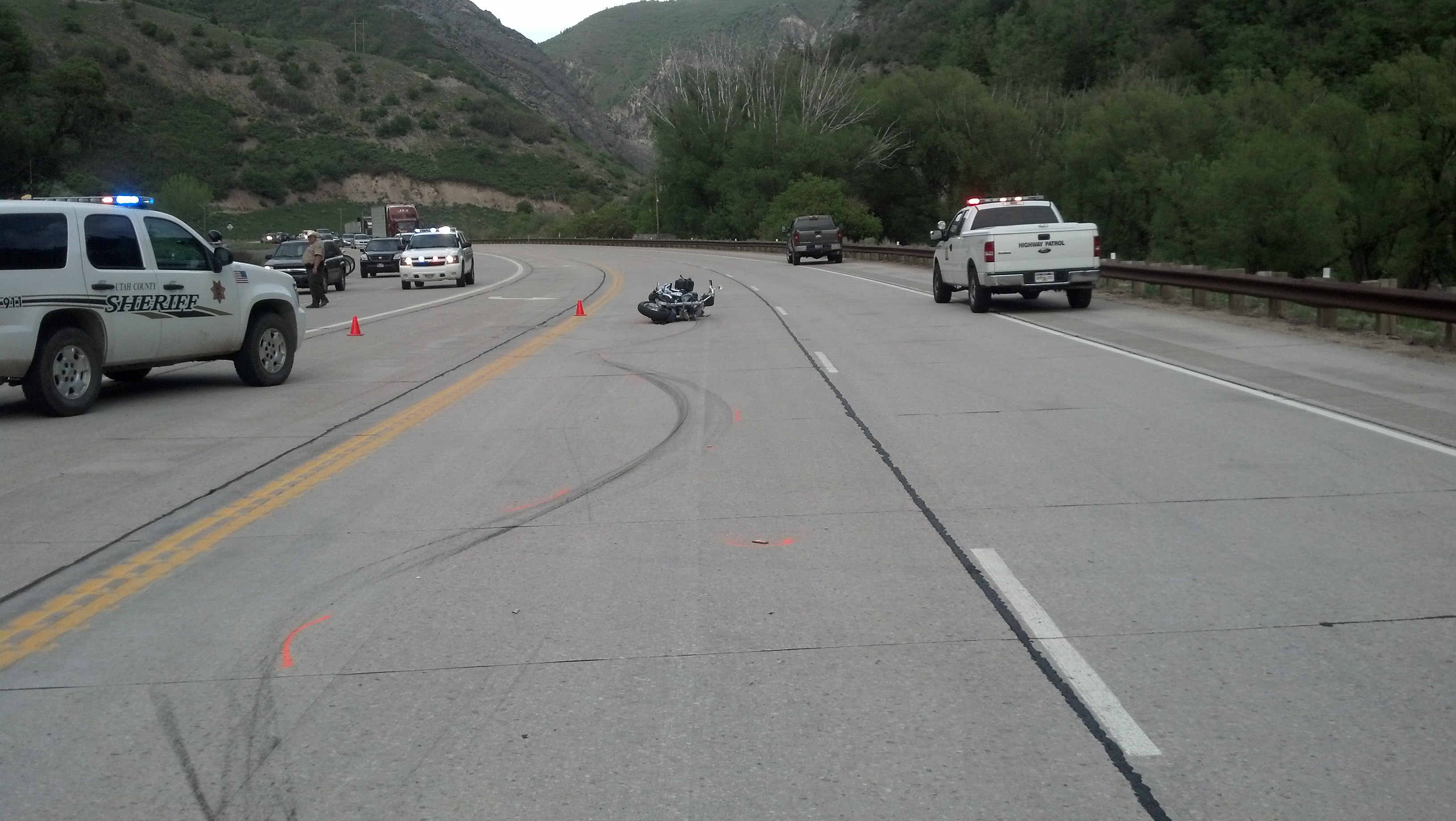 PROVO, Utah — A man was killed and a teen was injured in a motorcycle accident in Provo Canyon Sunday.

According to a press release from the Utah Highway Patrol, a Chevrolet Blazer was moving eastbound and pulled to the right to prepare to make a U-turn, and as the Blazer turned around it came into the path of a motorcycle carrying two people. The motorcycle struck the rear bumper of the Blazer and went down.

The man driving the motorcycle was not wearing a helmet, and he died at the scene. Police later identified the man as 42-year-old Brett J Blanco of Lehi.

A 12-year-old male passenger was transported to Utah Valley Regional Medical Center with non-life threatening injuries. The injured teen was wearing a helmet.The two occupants of the Blazer, a 21-year-old male and a 19-year-old female, were not injured.

It does not appear that speed, alcohol or drugs were factors in the accident. Police are still investigating the accident, according to the press release.

All eastbound lanes were temporarily closed, but they were reopened Sunday night.