SALT LAKE CITY -- A beloved statue of a raptor has reportedly gone missing from the front yard of a home at 926 South and 900 East.

Several residents said the metal raptor statue, known as "Rapty," is a landmark of the community, and they need all the help they can get in locating it.

Since Rapty went missing, community members have taken to Facebook and Instagram, posting photos of the statue in hopes that it will be recognized and returned.

The Smith family owns the statue, and they said they've enjoyed watching the community  have fun with the dinosaur.

Rapty went missing over the weekend while the Smith family was in Park City. They said they haven't involved the police, and they don't plan to.

The Smiths said this isn't the first time that the statue has gone missing. It was taken a few years ago, and returned a year later.

"We've always known Rapty," one resident said. "He's just kind of a staple, so it shocks me and surprises me that someone would steal him." 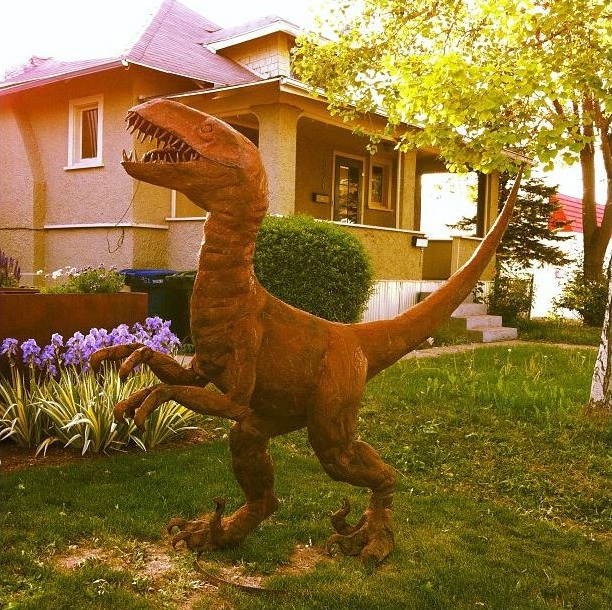