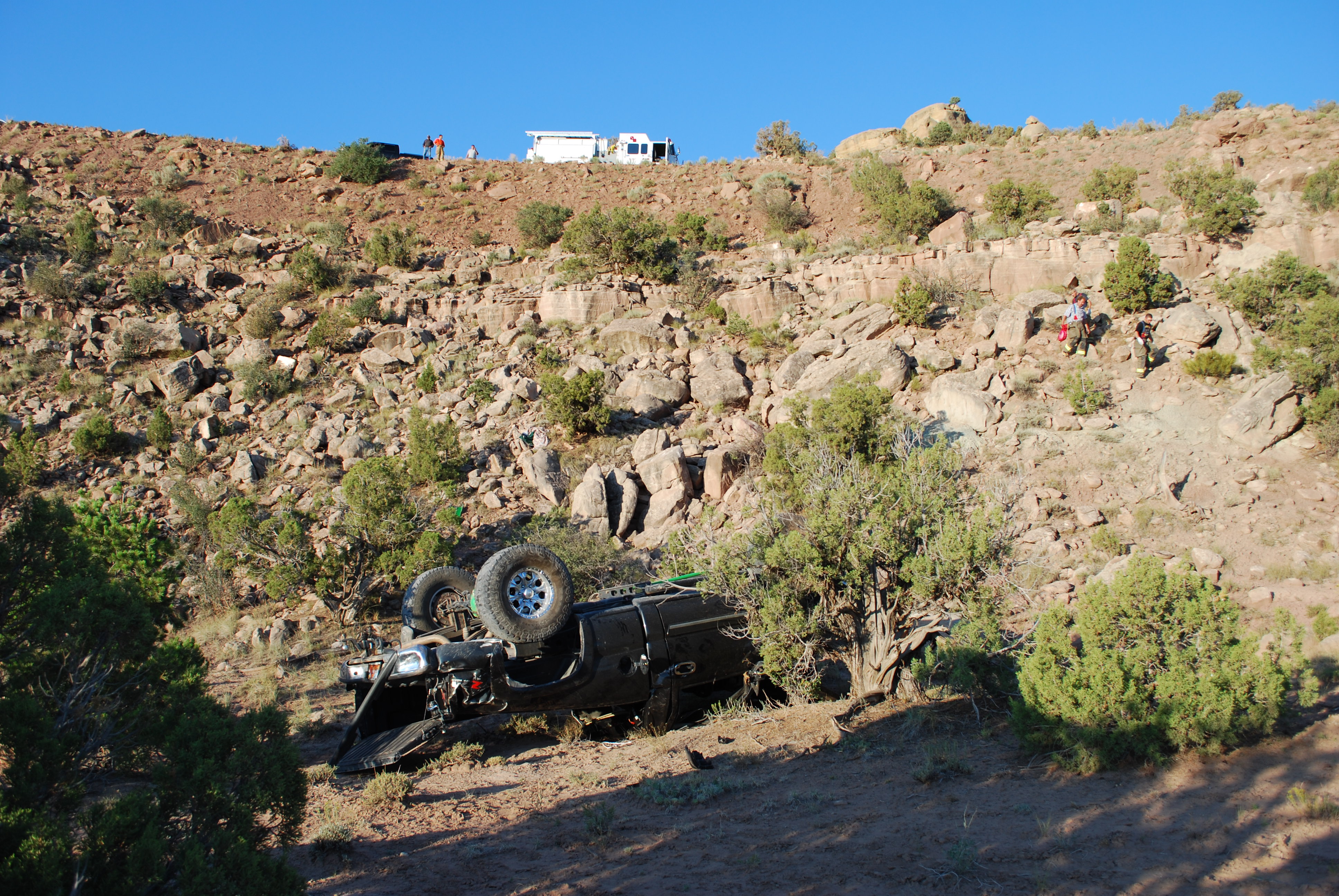 DUCHESNE — A man was ejected from a truck in Duchesne County after it rolled off the road down a dugway early Tuesday morning, officials said Tuesday afternoon.

Utah Highway Patrol troopers responded to the crash on County Road and 2300 West. The driver of the stolen 1990 Chevrolet pickup truck was traveling north on the county road about a half mile south of State Route 35 when it went off the road to the right and rolled, officials said.

The man was reportedly not wearing a seat belt. The victim has not been identified.

The truck was reportedly stolen out of Duchesne Monday night.