TOOELE COUNTY, Utah — The tour bus driver who was killed in a crash Monday afternoon has been identified as Pita Asiata, the father of former University of Utah football star and current NFL football player Matt Asiata (photo below.)

Pita Asiata was killed and five passengers were injured after the bus he was driving collided with a maintenance truck on Interstate 80 Monday afternoon.

The crash was reported at 5:39 p.m. at mile post 34 on I-80 in Tooele County, according to a tweet from the Utah Highway Patrol.

A Le Bus was traveling back from a day trip to Wendover when it slammed into the back of the construction truck with an auger, officials said.

UHP officials said the crane on the back of the truck went through the windshield of the bus killing Pita Asiata instantly. Two passengers were flown to area hospitals in Salt Lake City in critical condition.

Three other passengers were taken to hospitals by ambulances.

Construction workers in the area said the truck was pulling in a median when the accident happened.

The truck was slowing down so quickly that Pita Asiata didn’t have time to slow down, UHP officials said.

Three people were in the construction vehicle. None of them were injured.

Pita Asiata’s son, Matt Asiata, was a star football player for the Utes, and currently plays as a running back for the Minnesota Vikings. No comment from Matt Asiata has been made available yet.

The University of Utah tweeted this out Tuesday:  “Our thoughts and prayers are with the Asiata family.” 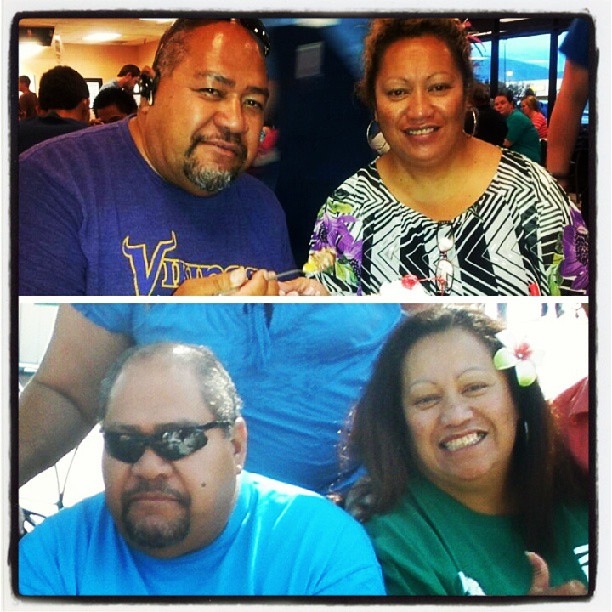