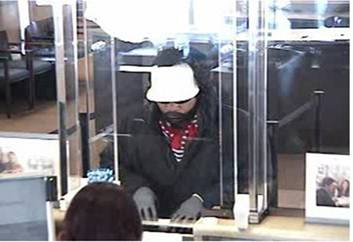 SALT LAKE CITY – Police are searching for a man who allegedly robbed a bank Thursday afternoon.

According to information from the Salt Lake City Police Department, the man robbed a Chase Bank at 1295 South Redwood Road just before 12:30 p.m.

The suspect is described as a 6-foot tall Polynesian man who weighs about 190 pounds. He was last seen wearing sunglasses and a black coat with a hood pulled over a white baseball cap. Police said it looks like the suspect tried to paint facial hair on his skin.

Anyone with information about the suspect or the robbery is asked to call Salt Lake City police.