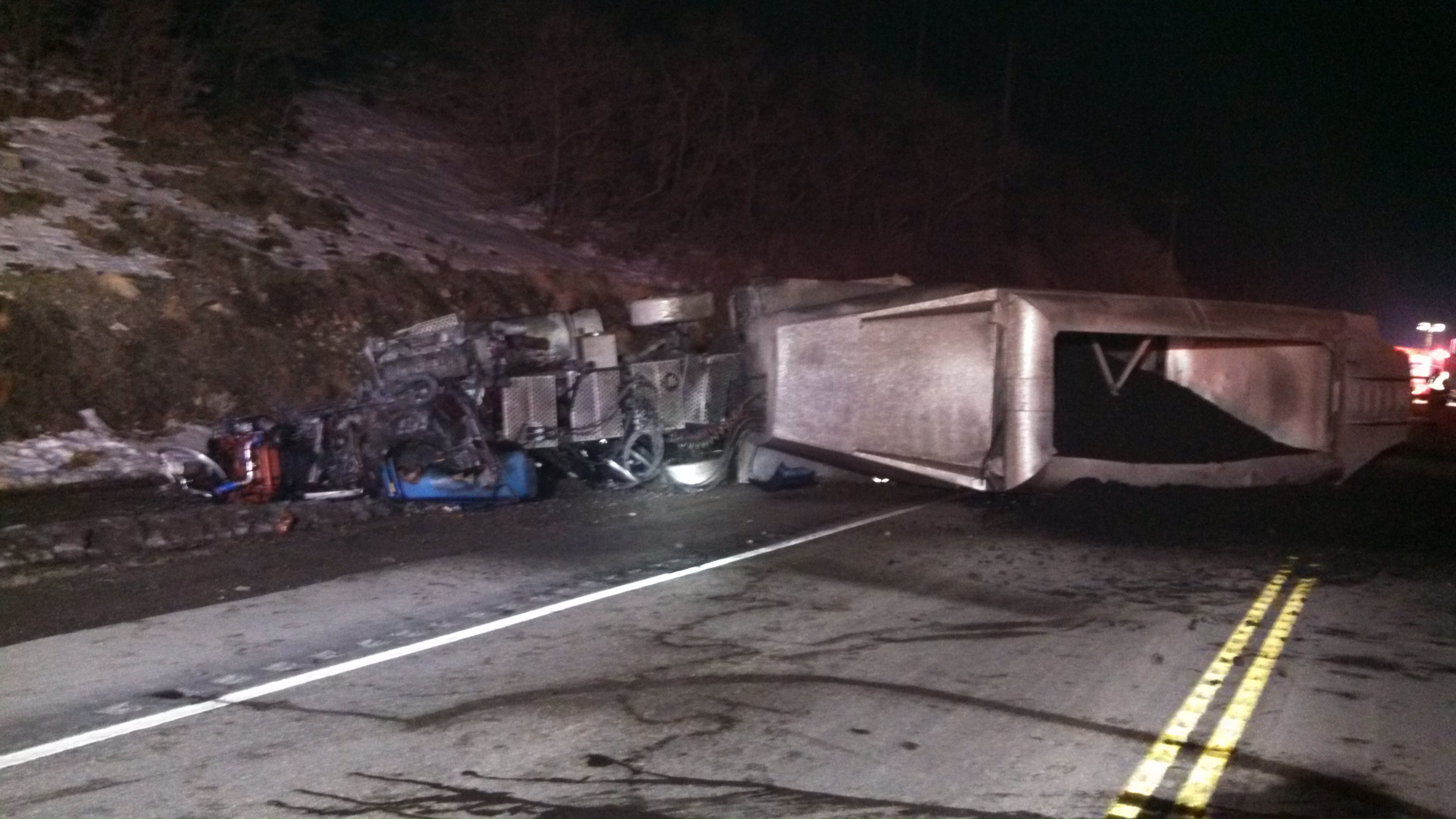 SPANISH FORK, Utah –The Department of Public Safety has identified a man who was killed in a car accident near Spanish Fork Canyon Friday night.

The crash occurred shortly before 7 p.m. near mile post 178 and resulted in the closure of S.R. 6 at the mouth of the canyon.

Gregory D. Leavitt, 34, of Pleasant Grove, was traveling east toward the canyon in an Acura when for an unknown reason he reportedly drove into the path of a westbound semi-trailer.

Leavitt, the sole occupant of the vehicle, was ejected from his car and pronounced dead at the scene.

The impact of the crash caused the semi-truck’s cab to catch fire.

The driver of the semi-trailer, David Lewis, of Orem, was taken to Utah Valley Regional Medical Center with non-life threatening injuries.

The semi-trailer was hauling two trailers of coal and the impact of the crash caused the semi-trailer to jackknife, the DPS statement said. Both trailers tipped and spilled coal on the roadway.

The collision resulted in a fire and both vehicles were smoldering, but not engulfed in flames, as of 7:45 p.m.

The road was closed for several hours as a result of the crash. All lanes were opened at 1:30 a.m.