Photos: Crazy things Americans tried to take on planes in 2013 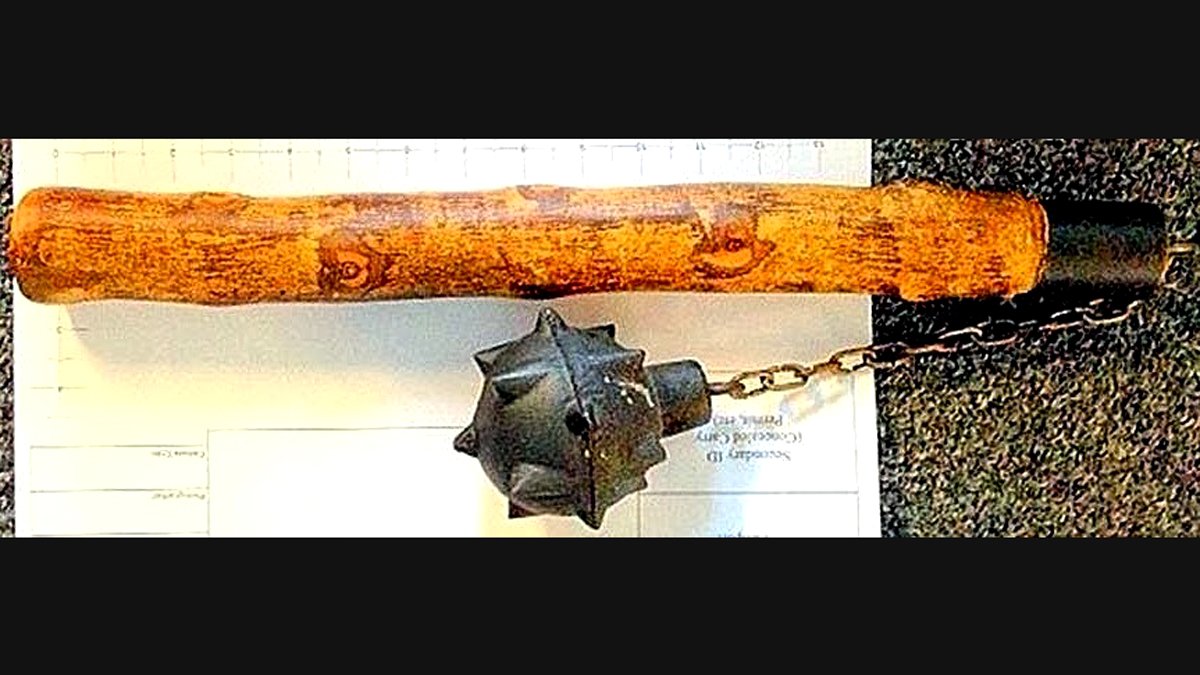 In TSA’s recent blog post: TSA Blog Year in Review: 2013, TSA blogger Bob Burns reviewed some of the dangerous or unusual items officers confiscated in 2013 as well as some of the creative ways passengers tried to hide them.

Hartsfield-Jackson Atlanta International Airport, the world’s busiest, topped the chart for gun catches with 111 guns discovered over the year.

“In what was believed to be an attempt to avoid declaring his firearms, a passenger at Houston (IAH) wrapped two guns in newspaper and placed them in a box of detergent powder in his checked baggage,” wrote TSA blogger Bob Burns.

Another passenger was found at Salt Lake City with a non-metallic dagger strung around his neck with fishing wire.

A stun gun concealed in a cane and a pepper spray disguised as a lipstick both failed to escape detection by the TSA.

Other knife finds included one hidden in an ink pen and a multi-tool inside a computer hard drive.

The TSA also found 562 stun guns, a wood and metal mace, throwing stars and grenades — both real and replicas.

Another takeaway: inert weapons are as confiscable as real ones.

That should serve as a lesson for the self-claimed military instructor who carried six inert pressure plates, 20 inert initiators, an inert land mine, inert explosives and two initiation systems in his bag and got detained at Norfolk, Virginia.

The only non-weapon mentioned in the review was that of some human skull fragments in clay pots found at Fort Lauderdale in Florida.

The passengers claimed they bought the pots without knowing there were skull fragments inside, according to the blog.

The TSA Blog was launched in 2008 covering various stories, from Valentine’s Day travel tips to the truth behind the behavior detection officer, the officers who glare at travelers as they pass through a TSA checkpoint.