SUMMIT COUNTY, Utah - One man is in the hospital in critical condition after a fiery crash involving two semi trucks in Summit County.

Authorities said a semi with DATS Trucking, Inc. was pulled over on the roadside because it got a flat tire.

Then a second semi, from Estes Express Lines, slammed into the back of the first rig, sparking an inferno and seriously injuring the driver.

One of the trucks was carrying about 500 car batteries and the other had almost 500 gallons of Magic acid, a type of cleaning agent.

The other semi driver was not injured in the crash. 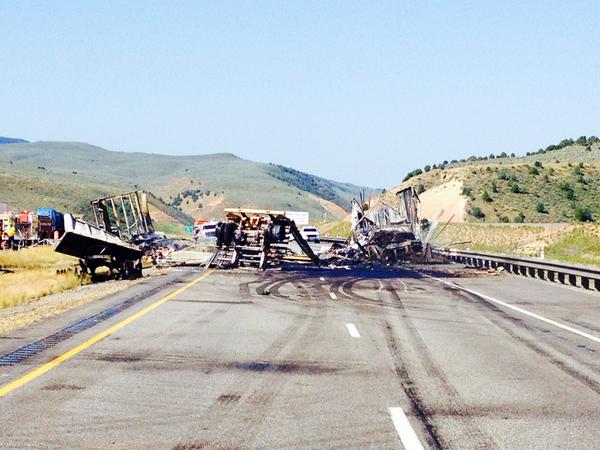