Couple traveling with grandson crashes on I-15; 1 dead, 2 injured 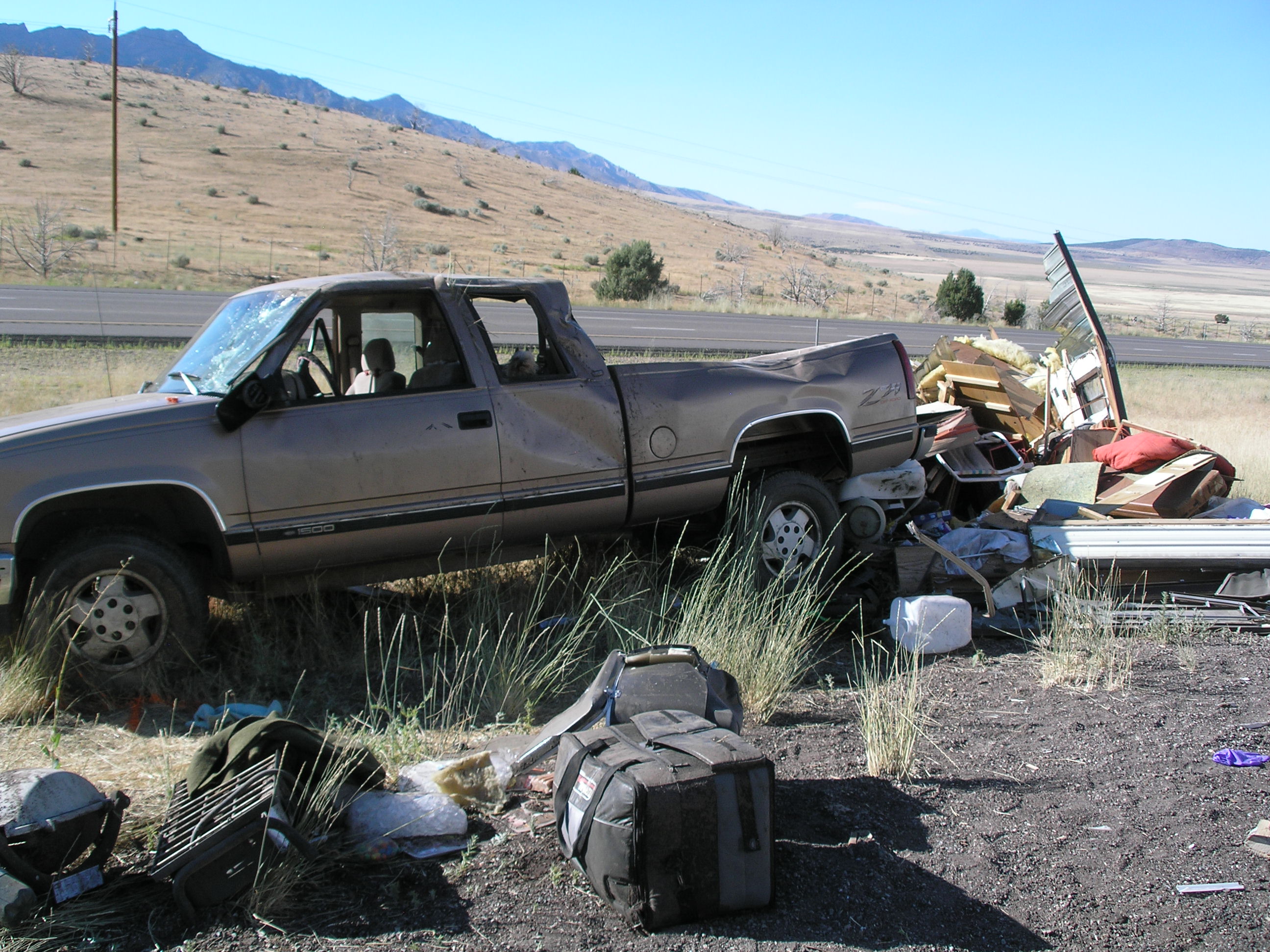 SCIPIO, Utah – A man was killed and his wife critically injured after a rollover accident on I-15 near Scipio Tuesday evening, and a young boy in the vehicle suffered minor injuries.

The crash occurred at about 4:57 p.m. near mile post 185 on I-15 when a northbound pickup truck pulling a camp trailer began to sway back and forth and the driver lost control.

According to information from the Utah Department of Public Safety, the Chevrolet extended-cab truck moved off the roadway into the median. The trailer rolled onto its right side, came apart and landed on its roof. The truck rolled and made a complete rotation before landing on its wheels.

All three of the victims are from Delta. Officials stated none of the three were restrained when the crash occurred.

The victims were transported to Fillmore Hospital via ground ambulance. The driver, John, died due to injuries suffered in the crash. It was determined Patricia, the front seat passenger, had suffered critical injuries and she was flown to Utah Valley Regional Medical Center. The 5-year-old boy was treated for minor cuts and was expected to be released to his family.