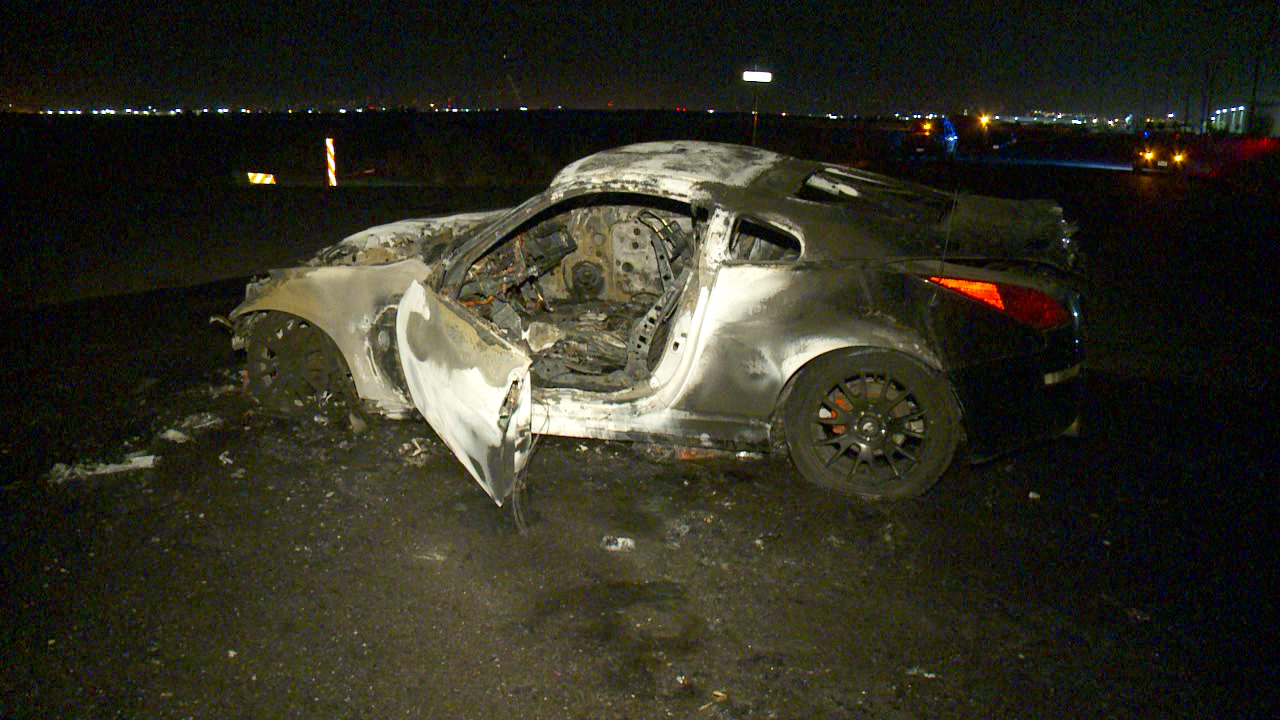 SALT LAKE CITY – Police are searching for the driver of a car that caught on fire after allegedly participating in illegal street racing Friday night.

A car caught fire and the driver reportedly fled the scene before police and fire crews arrived. Officials with the Salt Lake City Police Department said witnesses reported the car caught fire after the brakes on the vehicle got too hot.

Police on scene said the license plate of the vehicle was intact and the car had not been reported as stolen, so they believed they would be able to contact the driver. It was not clear if the driver would face any charges in connection with the incident.

Arson investigators were looking into the fire to determine the cause of the blaze. See the photos above for images of the damage to the vehicle.