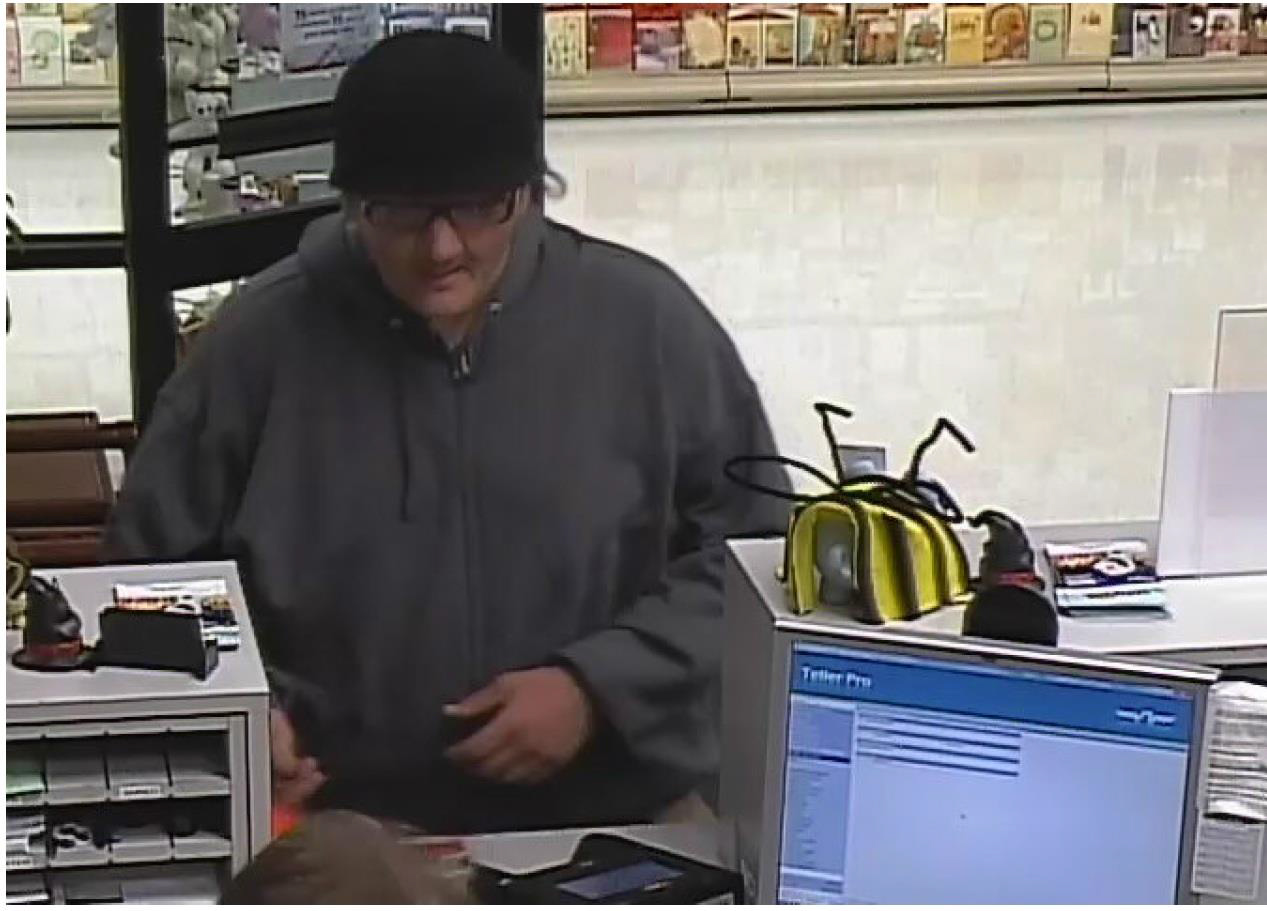 ROY, Utah — Police are asking for help locating a male suspect who robbed a bank located inside a grocery store Saturday while wearing a hat with a false ponytail attached.

The suspect entered the American First Credit Union located within the Harmon’s grocery store at 5370 South 1900 West at approximately 9:20 a.m.

Police said he told the teller: “I’m here to rob you. I’m serious.”

According to a press release from the Roy City Police Department, the man is described as being 6-feet tall and in his mid-40s. He had no facial hair, and was wearing a dark knit hat with a fake ponytail attached, khaki pants, a dark gray hoodie and sunglasses. The man is pictured above. Police said no weapons were seen.

Anyone with information is asked to call the Roy City Police Department at 801-629-8221.