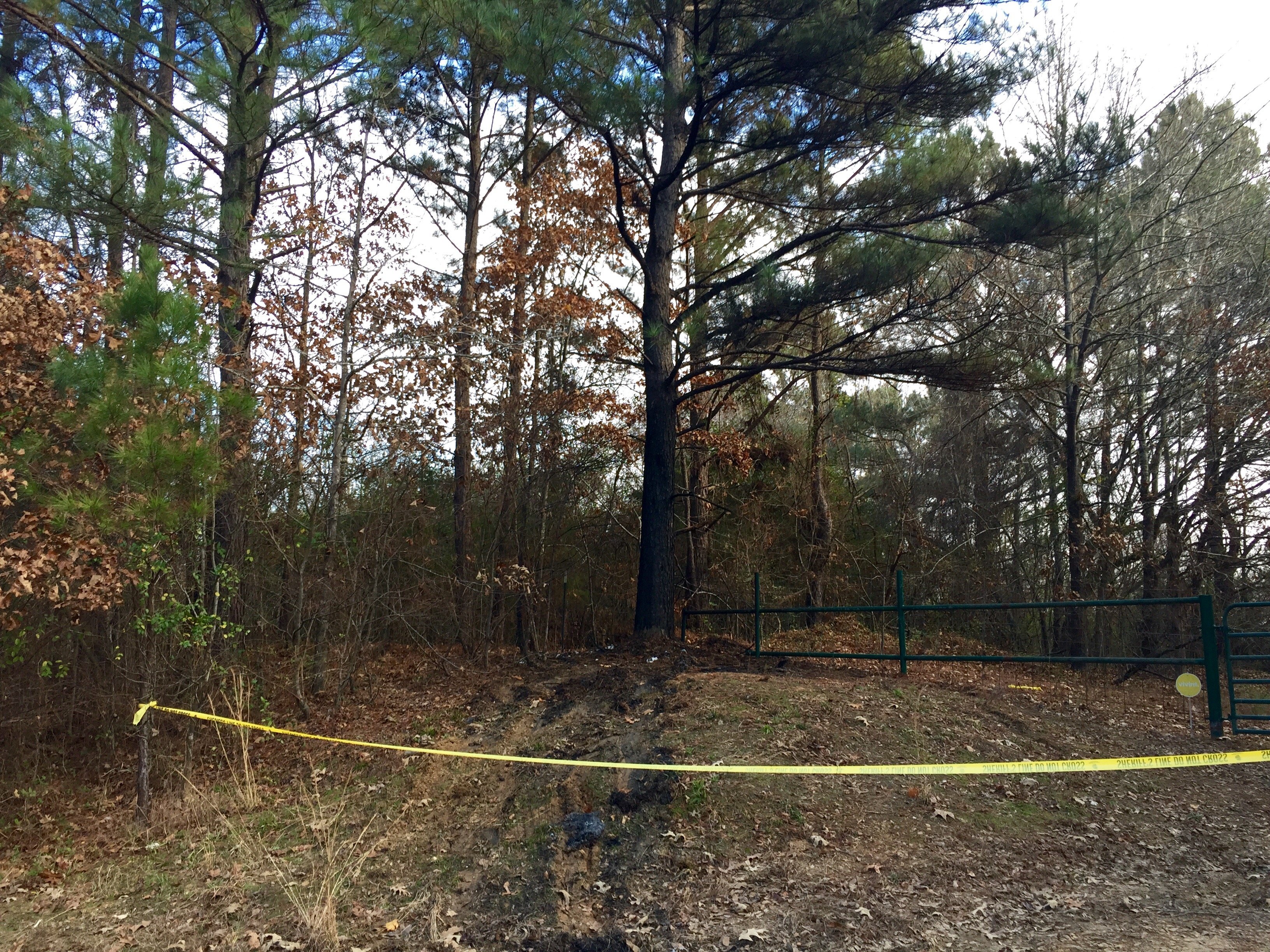 BATESVILLE, Mississippi (CNN) — In this patch of rural Northwest Mississippi, the tire tracks stand out. They lead up an embankment to a tree, partially scorched from the car fire that would ultimately kill Jessica Chambers.

Much of the dirt, leaves and pine cones near the tree are burned as well.

The area where firefighters found the teen with burns all over her body is otherwise nondescript, aside from the crime scene tape. A rural road with no dividing line leads to a green gate and dirt driveway that sits a few feet from the tree and skid marks.

Later, several men from the sheriff’s office, clad in fluorescent vests, arrived and began investigating the scene, picking items up and examining them as a canine unit assisted with the investigation.

Questions abound about how the 19-year-old and her car ended up severely burned in this wooded area. Chambers died from her injuries on Sunday. Her family said she suffered burns over 98% of her body.

After obtaining warrants and cracking a password, police were able to access Jessica Chambers’ phone records and are following up on leads, a prosecutor said Thursday.

Police are searching her data and text records after obtaining warrants Wednesday that compelled Google and her cell phone provider to give police access to her phone’s content, said John Champion, district attorney for Mississippi’s 17th Circuit.

The prosecutor on Thursday also updated information he had given CNN the previous day that indicated Chambers had attended a party but police couldn’t find anyone who had seen her there. Police have now spoken to witnesses who claim to have seen Chambers at the party, the prosecutor said.

Champion said on Wednesday that when firefighters arrived at the scene near Courtland, Mississippi, Chambers approached one of them and spoke. She was not on fire, as has been widely reported, the prosecutor said.

Champion didn’t divulge the teen’s words but said, “It has certainly given us a lead we’re following up on.”

On Thursday, Champion spoke at a news conference, pleading for public help with the case and asking anyone with information, even if they think it’s insignificant, to talk to police.

“We’re definitely treating this as an arson. We’re still trying to determine through lab results as to what was the source of the arson,” he said.

He further told reporters he didn’t expect an arrest in the immediate future.

Asked who authorities had spoken to in the course of their investigation, he replied, “We’ve talked to many, many people.”

Though authorities are releasing sparse details of the crime and investigation — at least some of which can be attributed to a dearth of information — they have determined an accelerant was used in the blaze, but it’s not clear whether the accelerant was poured on the car or Chambers herself, Champion has said previously.

The state fire marshal is processing the evidence to determine what type of accelerant, and the Bureau of Alcohol, Tobacco, Firearms and Explosives in Atlanta is assisting, he said.

Investigators believe her phone will be “the key to everything,” the prosecutor said. She received a call before she left her house, he said.

Her older sister, Amanda Prince, said Jessica called their mother from a gas station and told her she would be home right after she cleaned her car.

The business, which Champion characterized as a rural mom-and-pop store, is about 2 miles from Chambers’ home. It sells fried chicken, pizza and deli sandwiches, and there is a constant stream of people sharing rumors and random chatter about the killing that has rocked their area.

The clerk who helped her said nothing seemed out of sorts.

“She seemed normal,” Ali Alsanai told CNN affiliate WREG. “She didn’t seem like something was going wrong, you know? She just seemed normal. She just pumped some gas, we had a talk and she left.”

The clerk said on Thursday that one thing struck him as odd: Chambers pumped $14 worth of gas. She was a regular in the store, popping in every day or two, and she rarely pumped more than $5 in gas, he said.

“I asked her about it, and she said she was going somewhere,” he said. “She was quiet that day, real quiet.”

Employee Renna Tucker said Chambers was a fixture at the store. Everyone knew her and she was “real friendly,” the attendant said.

“Not one time have I ever heard her get loud, have a smart mouth. She was always smiling,” she said.

As Champion noted in his news conference, Tucker said it’s a close-knit community and if something big happens, everyone knows about it.

“Nothing gets around without us hearing something, and right now there’s nothing,” Tucker said.

Chambers’ death has Tucker frightened, to the point that she’s switched her routine.

A Facebook page titled Justice for Jessica has drawn more than 97,000 likes and that number was climbing rapidly Thursday. The page states it was created “to keep Jessica’s name alive & out there.”