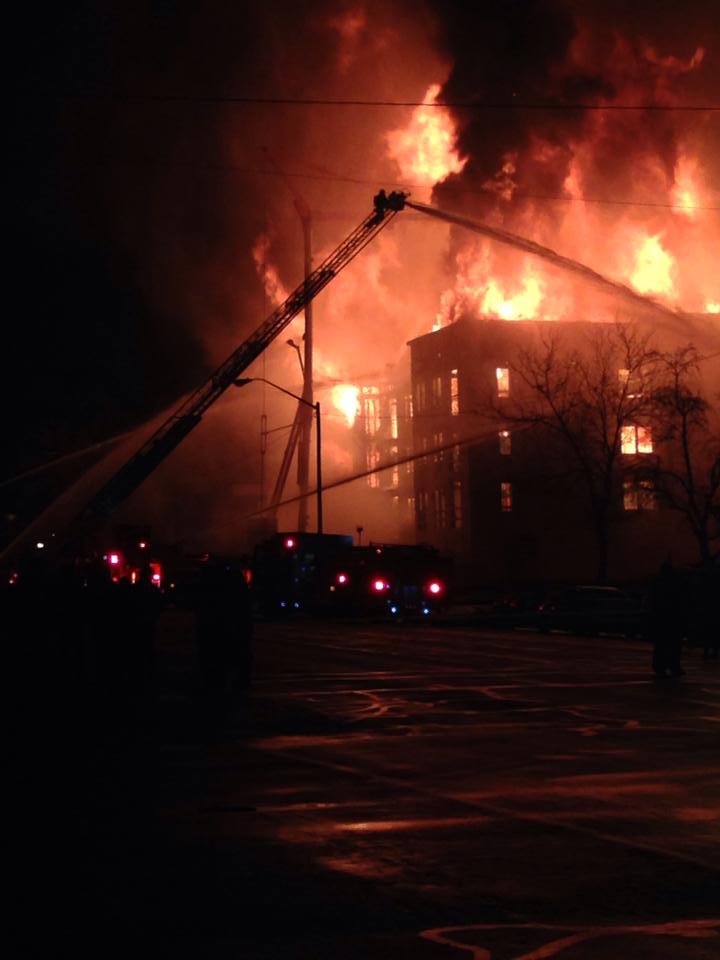 The U.S. Attorney’s office requested that the 33-year-old man serve a four-year prison sentence and impose a fine of nearly $3 million.

A sentencing date is scheduled for March 14.

The $8 million project was under construction and officials say Bowman was an electrician working on site.

The high-end apartment building was set to open in June, said Jeremy Krause, superintendent for the project contractor, U.S. Development.

Click here for videos of the raging 4-alarm fire

Click here for a photo gallery of the fire

Read more on this story below: