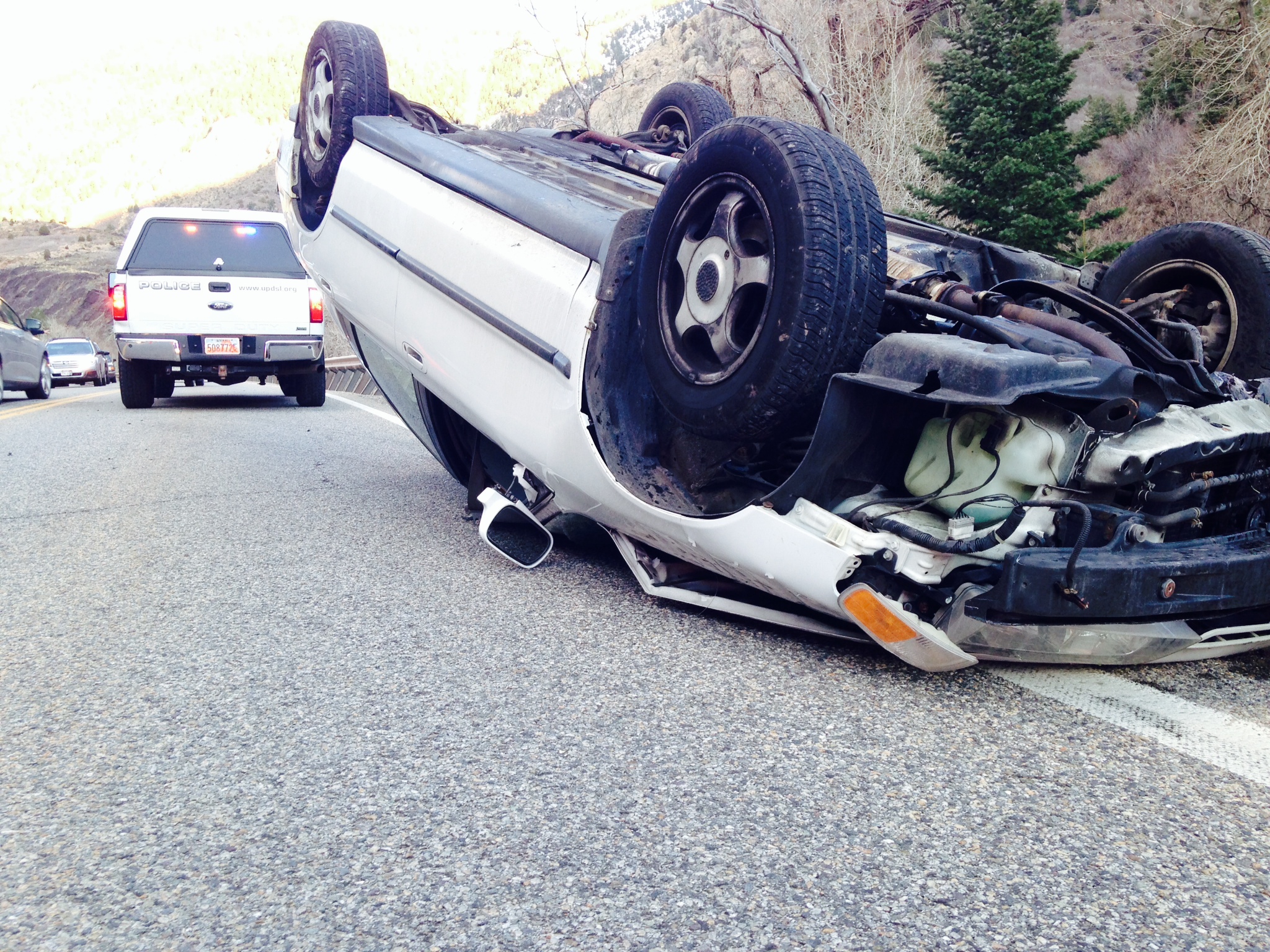 BIG COTTONWOOD CANYON, Utah – A woman escaped serious injury after rolling her vehicle in Big Cottonwood Canyon Sunday, and images from the scene show the vehicle came to rest on its roof.

The crash occurred around 5 p.m. near the “S” curve in the canyon. The 27-year-old woman works at one of the resorts in the canyon and had just finished her shift.

“She was on her way home from work and she lost control of her vehicle, ran into the side of the mountain, and it forced her into the opposite lane,” said Lt. Steve Shreeve of the Unified Police Department. “She over-corrected, and the car rolled over on its top.”

Police said the woman was wearing a seat belt and was able to drag herself out of the vehicle. Nearby people stopped to help her, and she was then transported to a hospital in good condition and with minor injuries.

Shreeve said the cause of the crash is under investigation, but he said distracted driving or speeds too fast for the curve may have played a role in the crash.