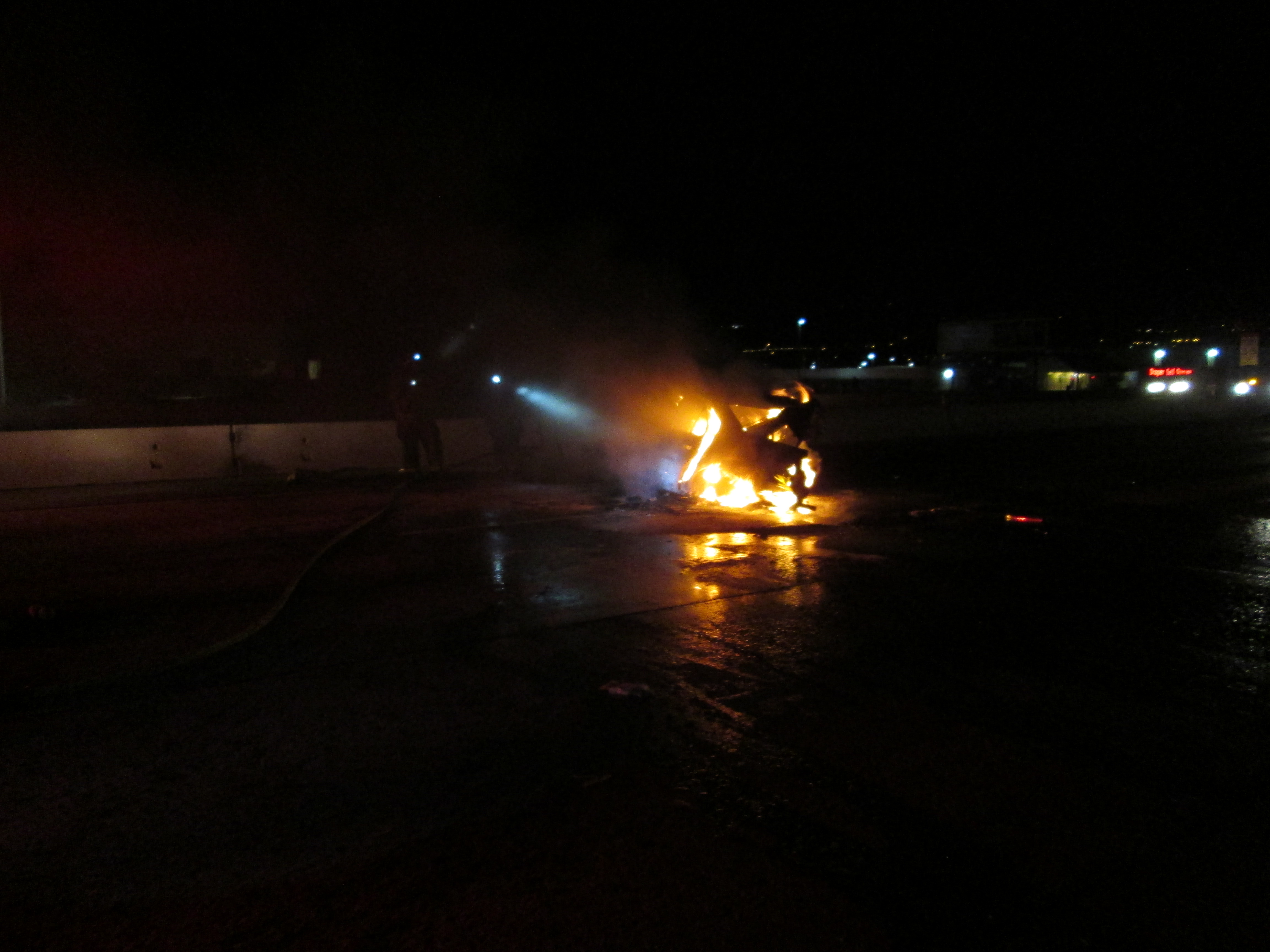 DRAPER, Utah — A section of southbound Interstate 15 was closed for about two hours due to a car fire Saturday morning, and police suspect the driver who hit the car that burst into flames was under the influence.

At approximately 4:30 a.m., traffic was slowing near the construction zone on I-15 at about 12900 South when a woman  driving a Blazer slammed into a sedan–which had slowed to almost a standstill according to the Utah Highway Patrol.

The driver of the sedan was able to get out of the car before it caught fire, suffering minor cuts and bruises. The car eventually became fully engulfed in flames.

Police stated follow up investigations led them to believe Weems was impaired when she crashed, and she was arrested for driving under the influence.