"Station Central" is a development concept for the city's often-neglected west side. It will stretch between 500 to 600 West and from 200 to 400 South, a mixture of housing and small businesses. The development will be anchored primarily by the nearby UTA Intermodal Hub and plans call for a year-round farmer's market.

"Our hope is that it's very active," said Stan Penfold, a Salt Lake City Councilman and chairman of the city's Redevelopment Agency. "A lot of small shops, retail, smaller scale than the malls have been, really kind of a local feel to it."

Station Central comes amid a downtown, west-side boom that's happening right now. Across from Pioneer Park, the Broadway Park Lofts recently sold out of their second-phase. There are other loft style developments planned nearby.

The neighborhood all of this is happening in has certainly had its share of problems. The nearby homeless shelters have been the anchor tenants for years, and the Gateway mall has fallen on hard-times. The city is exploring the idea of moving the homeless shelters.

"While certainly we have challenges in this area, I think we're also seeing tremendous demand that's being met and this development will only, I think, increase the opportunities to be successful here," Mayor Ralph Becker said.

Downtown developers FOX 13 spoke with said there are some slight reservations about building in the area, but they said buyers have been driving the demand for development. Micah Peters, the president of Clearwater Homes (which developed Broadway Park Lofts) said his buyers acknowledge urban living -- and they're still coming.

"Really, our buyers and our full-time residents in that project have faith in the fact that the current situation relating to homelessness and drugs in the area are going to be managed and Pioneer Park is an asset," he said.

There is no price tag attached to Station Central, since the city just opened it up for development bids. Construction is anticipated to begin next year. 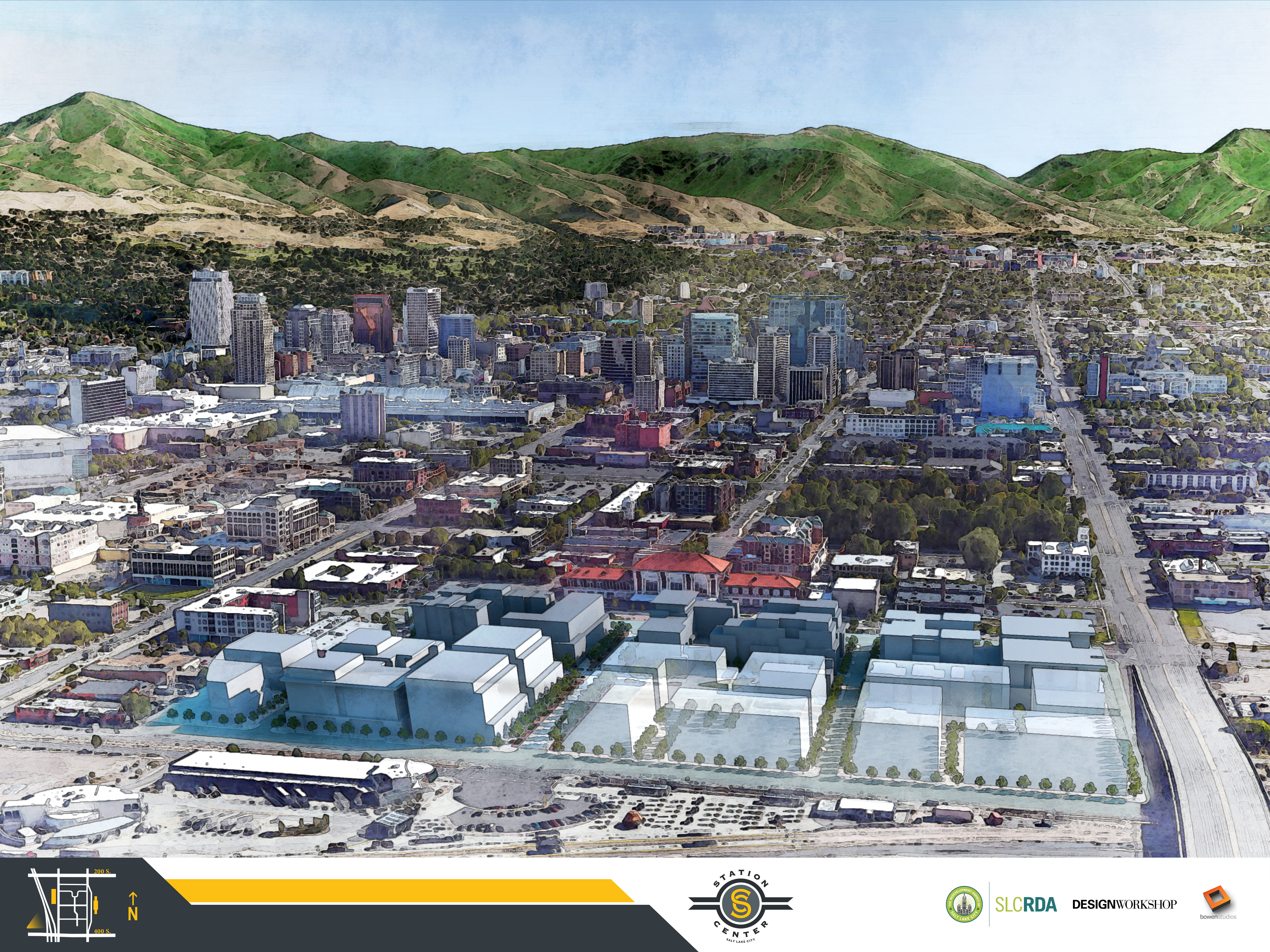