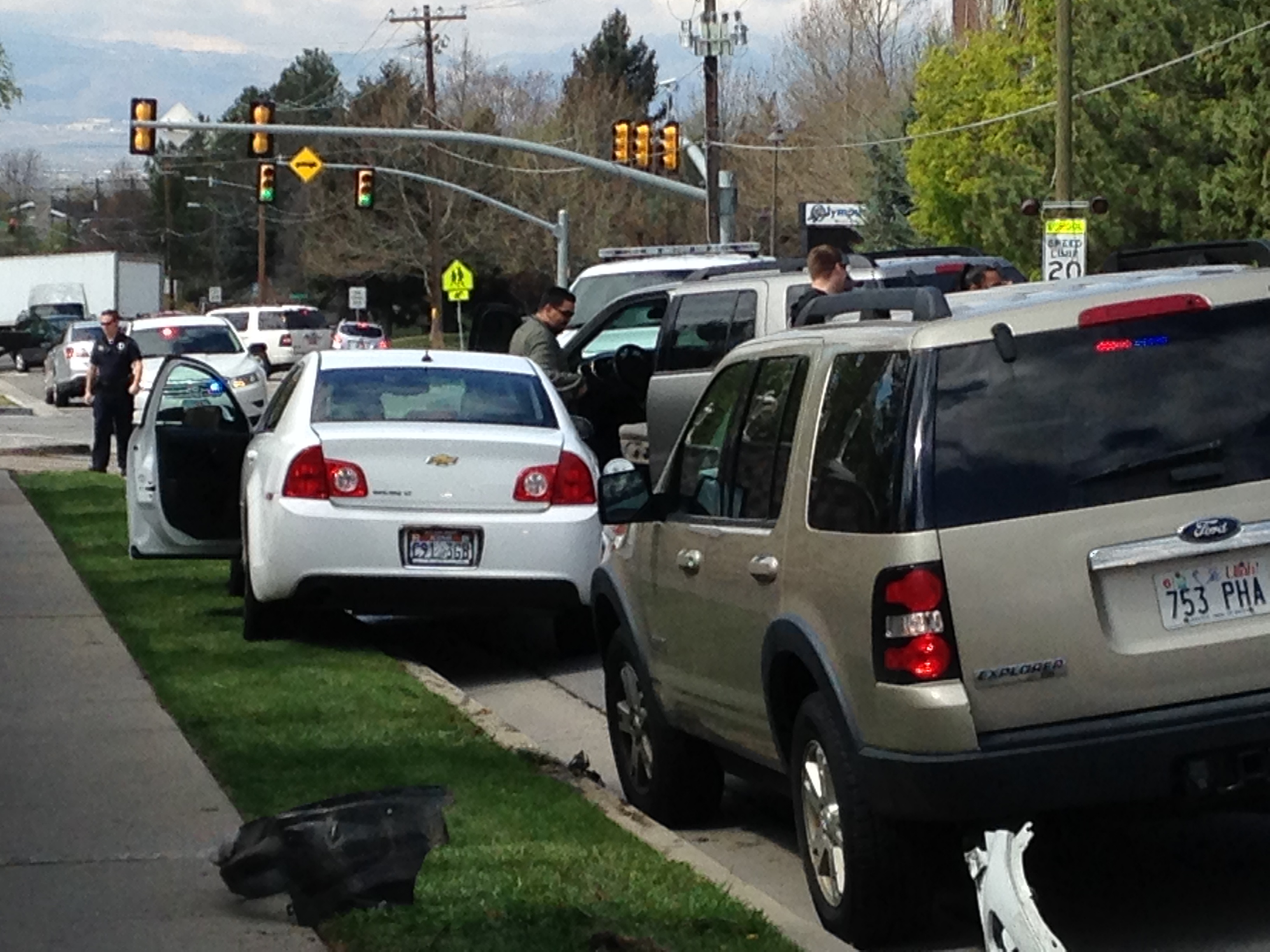 HOLLADAY, Utah – A suspect is in custody after a crash in Holladay Thursday afternoon.

Stephen Danson with the Postal Inspector’s Office said a suspect indicted for 42 counts of bank fraud, identity theft and stolen mail is now in federal custody.

Danson said US Marshals and the Postal Inspector’s Office were working together to catch Michelo Eisel.

Officials said Eisel ran from authorities in a rental car but they caught up to him after an accident in Holladay near 2233 Murray Holladay Rd.

Authorities have not confirmed what caused the wreck but said no officials were seriously injured.

The Postal Inspector’s Office has been investigating Eisel since January 2014.

Officials said he was arrested for similar crimes in 2002 and 2008.