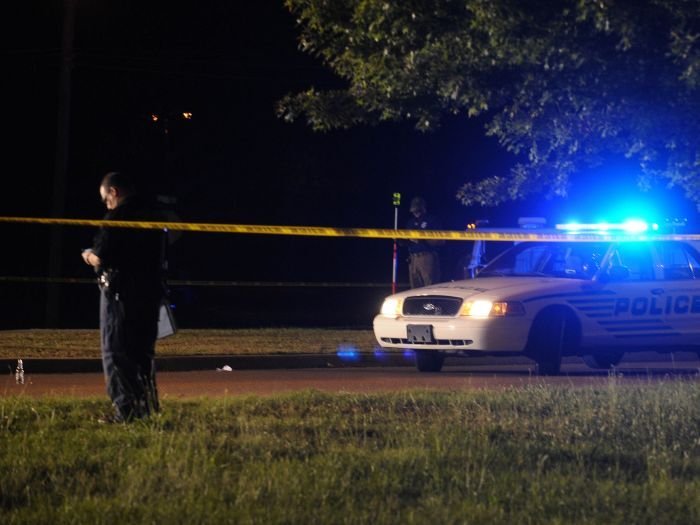 By Joe Sutton and Ben Brumfield

(CNN) — Two police officers were shot dead in Mississippi late Saturday. It was the first time in 30 years that an officer was killed in the line of duty in Hattiesburg, the mayor said.

Officers Benjamin J. Deen, 34, and Liquori Tate, 24, were making a traffic stop when they were shot, Mayor Johnny DuPree said.

They were taken to a hospital, but did not survive.

After the shooting, the suspects stole a police vehicle, which they used to flee. It was later found abandoned, according to CNN affiliate WDAM. The two men both have criminal records.

Police also took a woman into custody who was with the suspects at the time of the shooting, WDAM reported. They have not said whether she was involved. DuPree told CNN a third suspect was taken into custody, but did not disclose the gender.

Deen was named the city’s officer of the year in 2012, according to The Clarion-Ledger in Jackson, Mississippi. Tate had recently graduated from the police academy.

Deen leaves behind a wife and two children. Tate was not married and had no children, DuPree said.

After visiting the crime scene, the mayor went to the hospital, where he tended to family members until early Sunday.

“You have to search for words you say to family members how much we love them; we are here to support them,” he said. The city is making grief counselors available to the slain men’s fellow officers.

DuPree vowed that the perpetrators of the attack would face justice.

Police in Oxford, Mississippi, sent out condolences in a tweet.

“Both Hattiesburg Police Officers have died. Terrible. Prayers to the entire community and families,” it read.