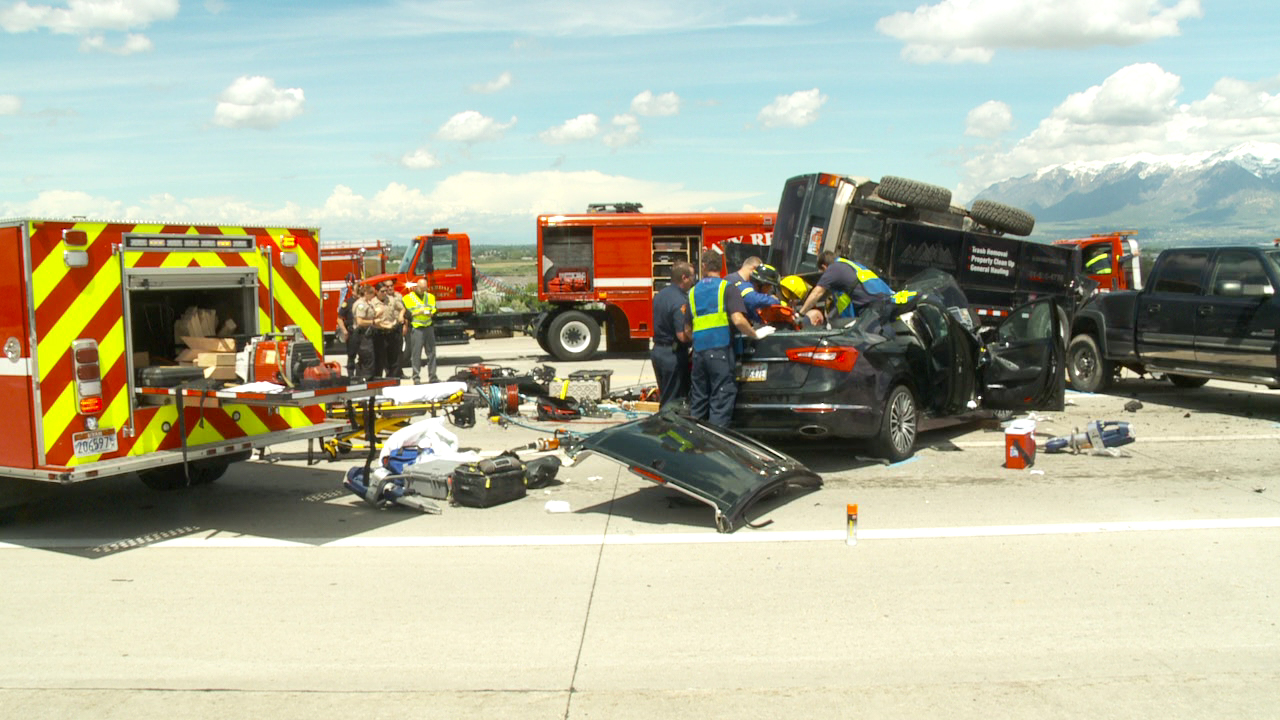 ROY, Utah – A sedan rear-ended a truck that was towing a Jeep on a trailer in Roy Wednesday afternoon, and after an “extended extraction” the driver of the sedan was flown to a local hospital with injuries to his chest and face.

Capt. Leroy Gleichmann, Roy City Fire Department, said the crash occurred at 1900 West and Hinckley Drive, and he said that intersection is partly in Roy and partly in Ogden. FOX 13 News first heard reports of the crash just before 1 p.m.

The crash occurred when a sedan crashed into the back of a truck that was pulling a trailer with a Jeep inside the trailer. The truck and trailer had come to a complete stop at the intersection when the crash occurred.

“Eyewitness reports said that there was minimal to no braking, and the speed limit on this road is, I believe 45… so I’m sure he was doing about that speed,” Gleichmann said of the driver of the sedan.

Gleichmann said the man in that sedan was extracted by responders, and he said that because the extraction was “a bit lengthy” they called in a helicopter so that transport would be quick once the man was extracted.

“The individual in the sedan, a middle-aged male, had some significant injuries,” he said. “Upon our arrival, we had an extended extrication, we had a helicopter—AirMed–arrive and flew [the victim] to the local hospital, McKay-Dee.”

The driver was the sole occupant of the sedan, and no other injuries were reported in connection with the crash. Gleichmann said the man suffered facial and chest injuries, but aside from calling the injuries “significant” did not provide the man’s specific condition.