SUMMIT COUNTY, Utah -- Two men suffered fatal injuries in Summit County Friday after a passenger car rear-ended a slow-moving semi that was pulling a flatbed trailer on I-80 near the community of Summit Park.

Trooper Mike Phillips, Utah Highway Patrol, said a white passenger car rear-ended the semi, and videos and photos from the scene appear to show the trailer intruding into the front of the vehicle.

The crash occurred on westbound I-80 near mile marker 140 Friday, and FOX 13 News first heard report of the crash just before 5 p.m.

The two men were killed on impact as the car became wedged under the trailer, Phillips said. The men have not been identified but troopers said the victims are Utah residents.

Phillips said they are investigating the incident, and he said at this time there is no indication that speeding, alcohol or drugs were factors in the crash. 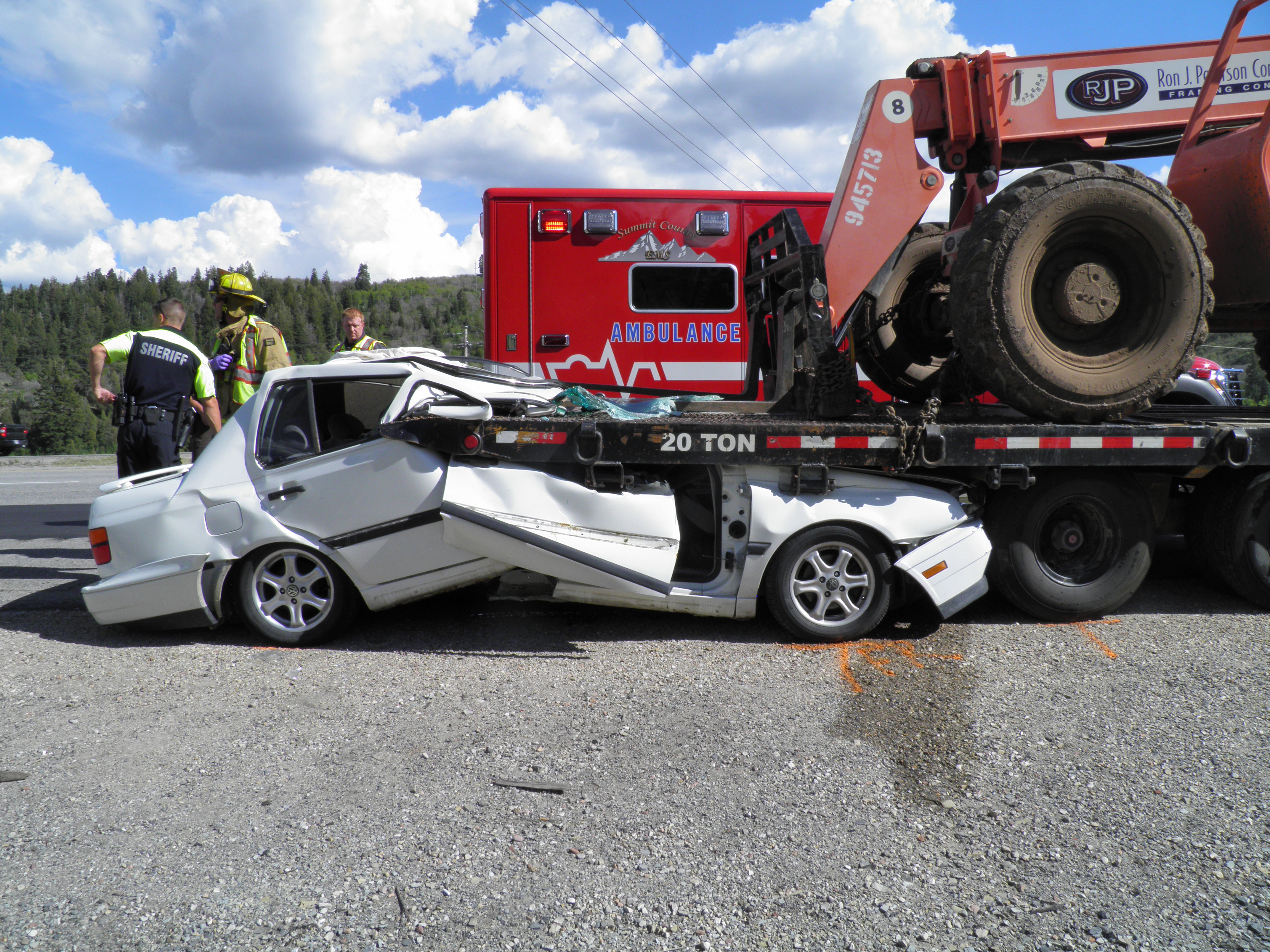