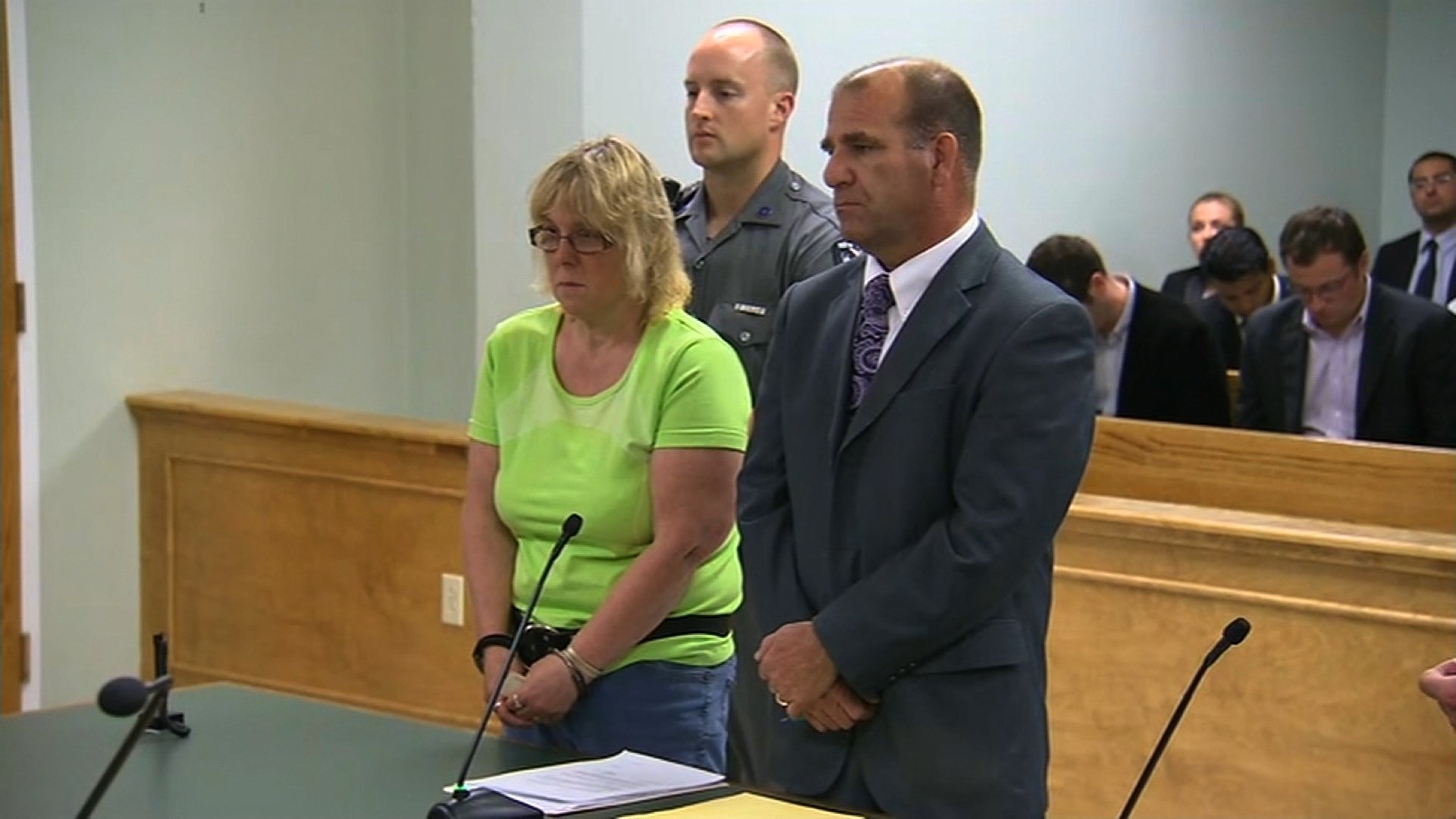 (CNN) — Prison worker Joyce Mitchell is in custody, accused of aiding in a daring prison escape. The two convicted killers she allegedly helped are free, but on the run.

Mitchell allegedly provided Richard Matt and David Sweat with the tools to cut through cell walls for their escape from an upstate New York prison a week ago.

Mitchell allegedly brought the items to the prison on May 1.

On Saturday, Mitchell was transferred from the Clinton County Jail about 150 miles south to the Rensselaer County Correctional Facility. Clinton County Sheriff David Favro said the move was meant to avoid the distraction of jailing her near the massive manhunt. Her next court appearance is Monday.

She was arraigned Friday night on a felony charge of promoting prison contraband and a misdemeanor charge of criminal facilitation. She pleaded not guilty.

If convicted, she faces up to eight years behind bars.

Convict made her feel ‘special’

Matt and Sweat’s escape was discovered during an early morning bed check at Clinton Correctional Facility in Dannemora.

While making their escape, they slipped through holes and cut into a steel plate and a steam pipe, then got out through a manhole and onto the street.

And Mitchell had a lot to do with their ability to plan out the daring escape, authorities said.

She supplied tools used in the escape and was their possible getaway driver before she got cold feet, authorities said. Her cell phone was also used to make calls to people connected to Matt, according to a source. It’s not known who made these calls.

Mitchell has told investigators that Matt made her feel “special” though she didn’t say she was in love with him, a source familiar with the investigation said.

Her husband and prison co-worker, Lyle Mitchell, is also under investigation, but has not been arrested or charged, authorities said. He worked in the maintenance department at the tailoring block where his spouse was employed, Clinton County District Attorney Andrew Wylie said.

Lyle Mitchell has worked at the prison since 2005, most recently as an industrial training supervisor, the same title his wife held, according to state records.

Lyle Mitchell cried when allegations surfaced against his wife, according to a friend who did not want to be named. The friend said Lyle Mitchell asked how his wife could do such a thing.

How did she allegedly help convicts?

The hacksaw blades and other items given to Matt were purchased over the past few months, according to law enforcement sources.

Matt and Sweat used power tools to cut through cell walls. Despite the time, effort and noise likely involved, authorities didn’t learn anything was amiss until a bed check at 5:30 a.m. Saturday.

Authorities believe the fugitives are continuing their escape as a pair, two law enforcement sources said.

State Department of Corrections officials had received a complaint about the relationship between Joyce Mitchell and one of the two escapees, according to a state official. The department didn’t find enough evidence to support the complaint, though that does not mean the inmate and prison worker weren’t close.

“I don’t believe that the information was that there was absolutely no relationship,” said Wylie, the district attorney.

More than 800 state, local and federal law enforcement officers are searching for the escapees, New York State Police said. They have been following more than 700 leads developed in the weeklong manhunt.

Tracking dogs picked up the scent of both prisoners at a gas station and followed it east toward the town of Cadyville, Wylie said. The gas station has a Subway sandwich shop, and the two might have been rummaging for food in the trash bin, authorities said.

“It could have been something that occurred earlier in the week,” the district attorney said Friday of when the scent was left. “But we’re hoping that it was two nights ago, and they’re closing in on the two men right now.”

As the woman who allegedly helped them escape sits in jail on bail, the search for the convicts has been going on since June 6.

According to state police, Sweat was serving a life sentence with no chance of parole in the murder of a Broome County sheriff’s deputy in 2002, and Matt was sentenced to 25 years to life in the kidnapping and murder of a man in 1997.