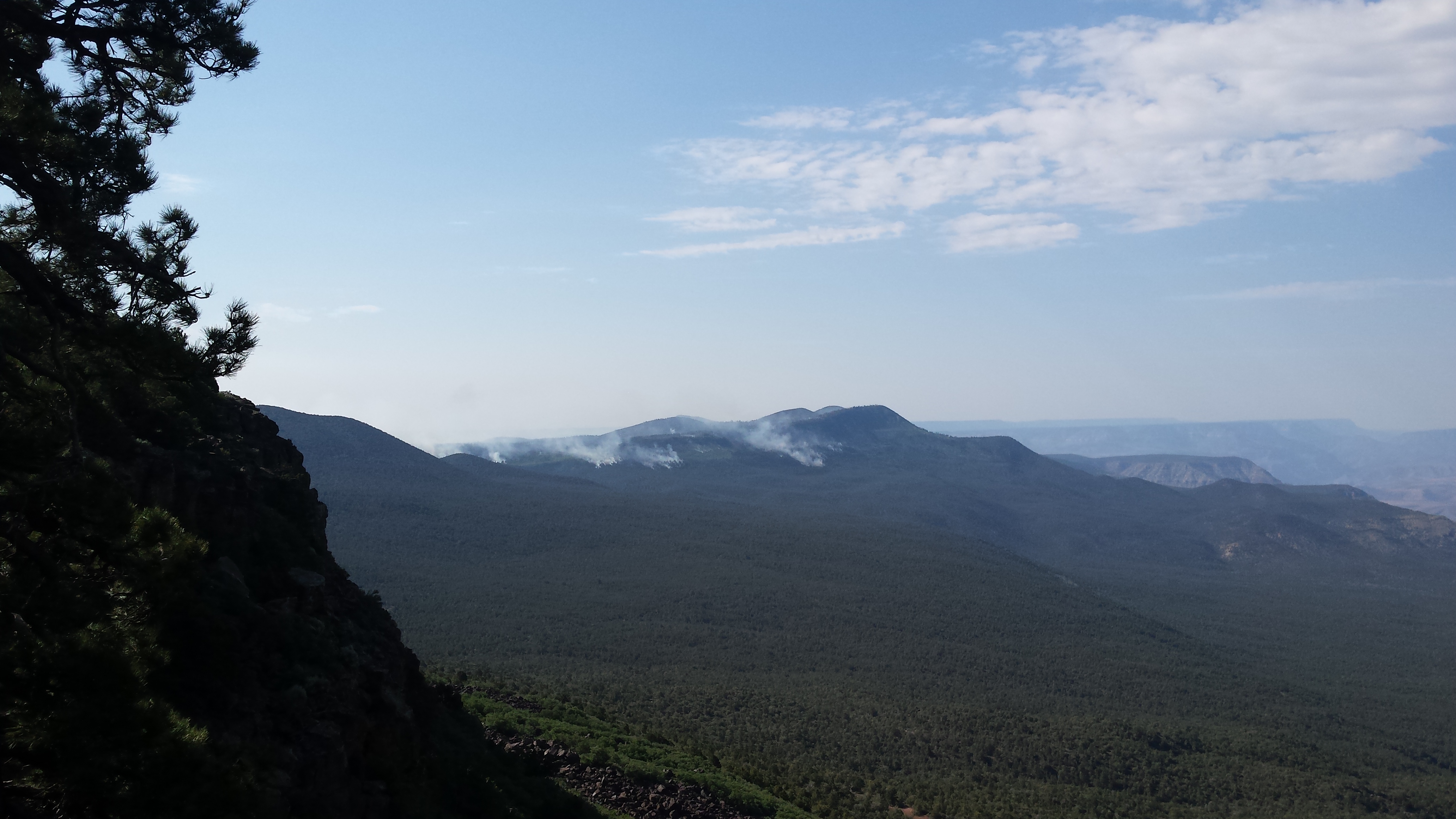 SOUTHERN UTAH – The Mt. Emma Fire has grown to 3,295 acres in size as of Saturday, and the lightning-caused fire is burning about 75 miles southeast of St. George, Utah.

According to a press release from the Bureau of Land Management, the fire began Wednesday in the Grand Canyon-Parashant National Monument and then burned into Grand Canyon National Park Thursday.

“Due to yesterday’s high temperatures, the fire had an active period [Friday] night around 6 p.m. which contributed to its growth,” stated BLM Arizona Strip District Public Affairs Officer Rachel Carnahan in Saturday’s press release. “The fire laid down overnight but the heat forecast for today could cause an increase in fire activity and result in growth this afternoon.”

The release states the fire was transitioned to a Type 3 Incident Management Team Saturday, and resources fighting the fire include one Type 4 Engine, two Hot Shot crews, an air tanker and an air attack.

“We are continuing to use direct and indirect suppression tactics due the extreme difficulty and remoteness of the terrain which makes logistics challenging,” Carnahan stated in the press release. “We have to take into account firefighter safety first and balance that primary objective with fire management.”

The BLM states there are no trail or road closures connected with the fire, but anyone traveling in the area is urged to use caution. Smoke may be visible from St. George and Kanab in Utah and Fredonia in Arizona, as well as from the north and south rims of the Grand Canyon.

The press release offered further details regarding to other small fires in the area, see below.

“The Wolf Hole Fire located 10 miles south of St. George, Utah near Hodgets Canyon that burned 7 acres was called out.

The 57 acre Sand Cove Fire located 30 miles southwest of St. George, Utah on the Grand Canyon-Parashant National Monument is not actively burning and is under monitor status.”