2 killed after SUV drifts off road, goes airborne into I-15 underpass 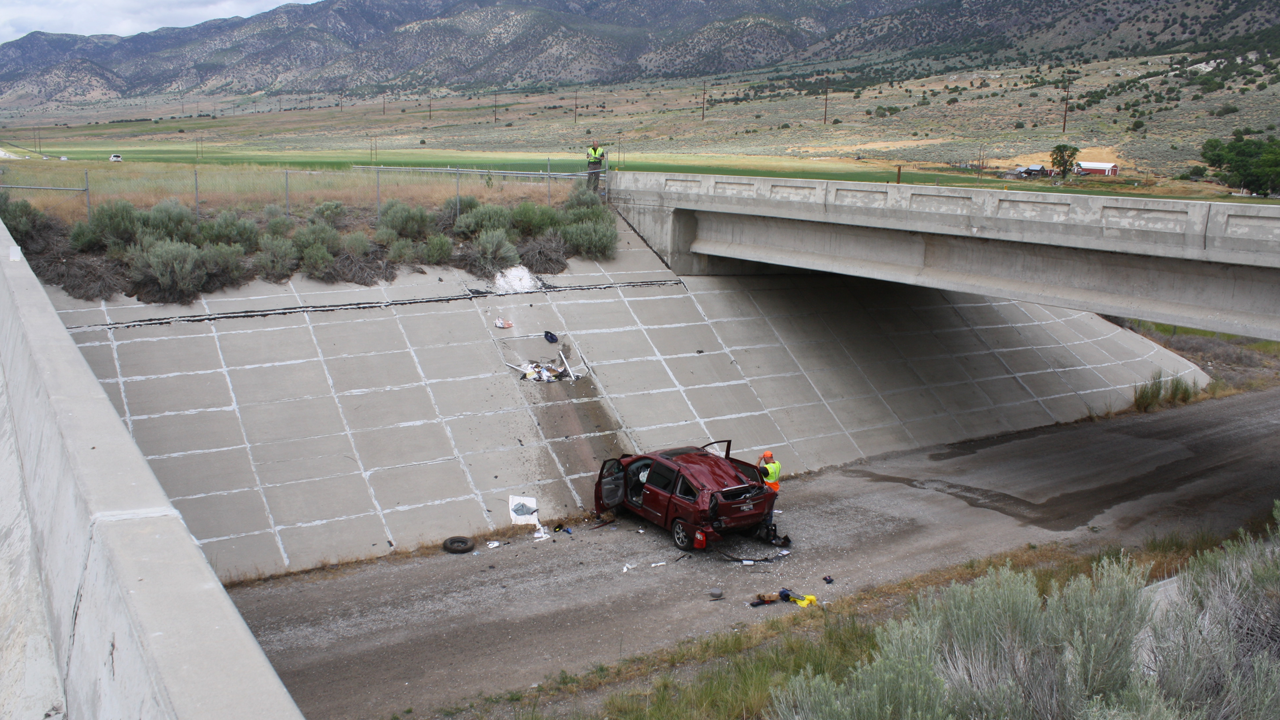 BOX ELDER COUNTY, Utah – Two people suffered fatal injuries in a crash along I-15 Wednesday after an SUV drifted into the median, continued without swerving or braking, went airborne after reaching an underpass and impacted into the side of a concrete wall.

According to information from the Utah Highway Patrol, the crash occurred around 2:12 p.m. on I-15 near mile post 394, about two miles north of Plymouth, Utah.

The crash involved a KIA SUV that was traveling northbound on the highway with two occupants inside.

UHP states: “The vehicle drifted into the median and traveled north for approximately 900 [feet] without braking or swerving and when the vehicle reached an underpass it went airborne impacting the north side of the underpass wall causing the vehicle to temporarily flip on its roof. Then it slid back down to the country road under the freeway.”

The photos above show the damage to the vehicle as well as tire tracks in the grass leading to the underpass.

A male passenger–88-year-old Ronald P. Willis of Idaho Falls, Idaho—died at the scene of the crash.

The female driver—84-year-old Thora B. Willis of Idaho Falls, Idaho—suffered severe injuries and was extricated from the vehicle. She was transported to Bear River Valley Hospital, where she died a short time later due to injuries suffered in the crash.

While both victims share the last name, it was not clear what, if any, relationship exists between them.

Police stated it is not clear what caused the vehicle to crash but stated they are investigating the possibility that a medical issue led to the crash.