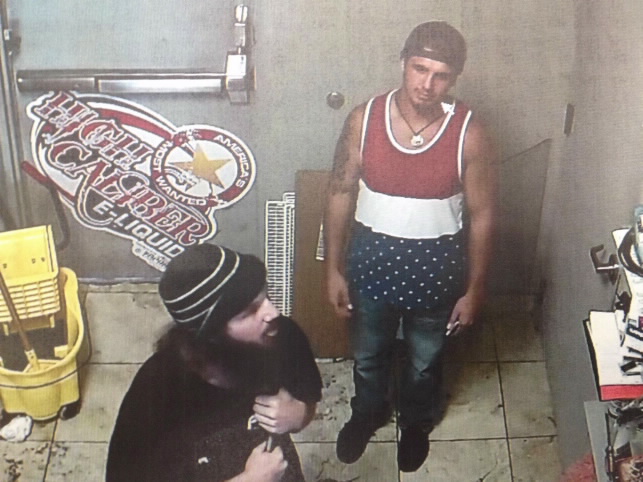 SOUTH JORDAN, Utah — The third and final suspect in a robbery and assault at a smoke shop during which an employee’s face was smashed with a rock has turned himself into police, and officers said they believe the public’s efforts to help locate the suspects made the difference in finding those responsible for the crimes.

According to a press release from South Jordan Police Department, Gage King contacted detectives and was booked into the Salt Lake County Jail for aggravated robbery with serious bodily injury as a first-degree felony. He also had warrants for a traffic violation and failure to remain at an accident involving injury,  according to booking documents.

The suspects’ faces were clearly captured on surveillance cameras during the robbery that occurred Monday, and police said widespread dissemination of the photos on social media and various news media led to tips that helped police locate those responsible.

“The quick identifications and arrests made in this case are attributed to the members of the community that called, emailed, texted and used social media to supply tips to the police department,” stated Master Officer Samuel Winkler of the South Jordan Police Department in the press release.  “We believe that the amount attention this case received via social media and local media outlets, led to Mr. King deciding to do the right thing and turn himself in to law enforcement.  We can’t thank the community enough for their assistance leading to the peaceful resolution to this case.”

Cole Lee Covington, 20, was arrested Thursday and Brandon Dvorak surrendered to police Thursday. Covington was booked into jail for aggravated assault as a second-degree felony. Winkler said Dvorak turned himself in and the extent of Dvorak’s involvement is unknown, so police elected not to book him into jail at this time. Winkler said Dvorak is considered a suspect in the case and he said the man will likely face charges once the case is formally screened for charges.

The employee who was attacked suffered multiple fractures to his face and had to undergo surgery.