Suspect robs Motel 6 clerk at knifepoint in West Haven, according to sheriff’s office 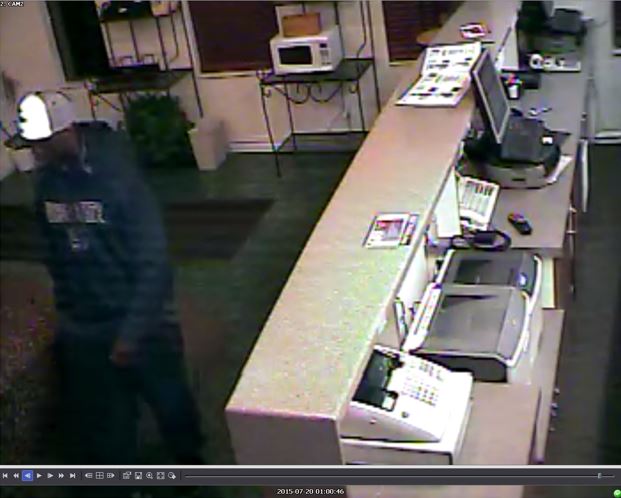 WEST HAVEN, Utah — Detectives are seeking the public’s help in locating a suspect who robbed a motel clerk at knifepoint in West Haven early Monday morning.

The suspect walked into the motel and remained in the lobby for about 30 to 40 minutes while other guests were checking in, according to a press release from Weber County Sheriff’s Office.

The suspect, according to the release, mentioned to the front clerk that his name was Rich and he was trying to “walk on” for the Weber State University football team.

“He said he had a scholarship at ASU but ended up losing it after getting into some trouble,” the release states.

When the guests cleared the lobby, the release indicates, the suspect approached the front counter, pulled a knife on the clerk and demanded money from the till.

The suspect then fled on foot with an undisclosed amount of cash.

When detectives arrived on scene they searched the area but were unable to find the suspect, the release states.

The suspect is described as a black male between the ages of 25-30. He’s about 5 feet 9 inches tall with an average build.

The suspect is also said to have facial tattoos, mostly on the right side of his face.

He was last seen wearing a black hoodie with the words “Weber State” on the front, dark-colored sweat pants, a dark colored hat and gray or black Air Jordan shoes that had a white symbol.

It is unknown if the suspect had a vehicle.

Anyone with information regarding the incident or the whereabouts of the suspect is asked to call Weber County Sheriff’s Office Investigations Bureau at 801-778-6631.