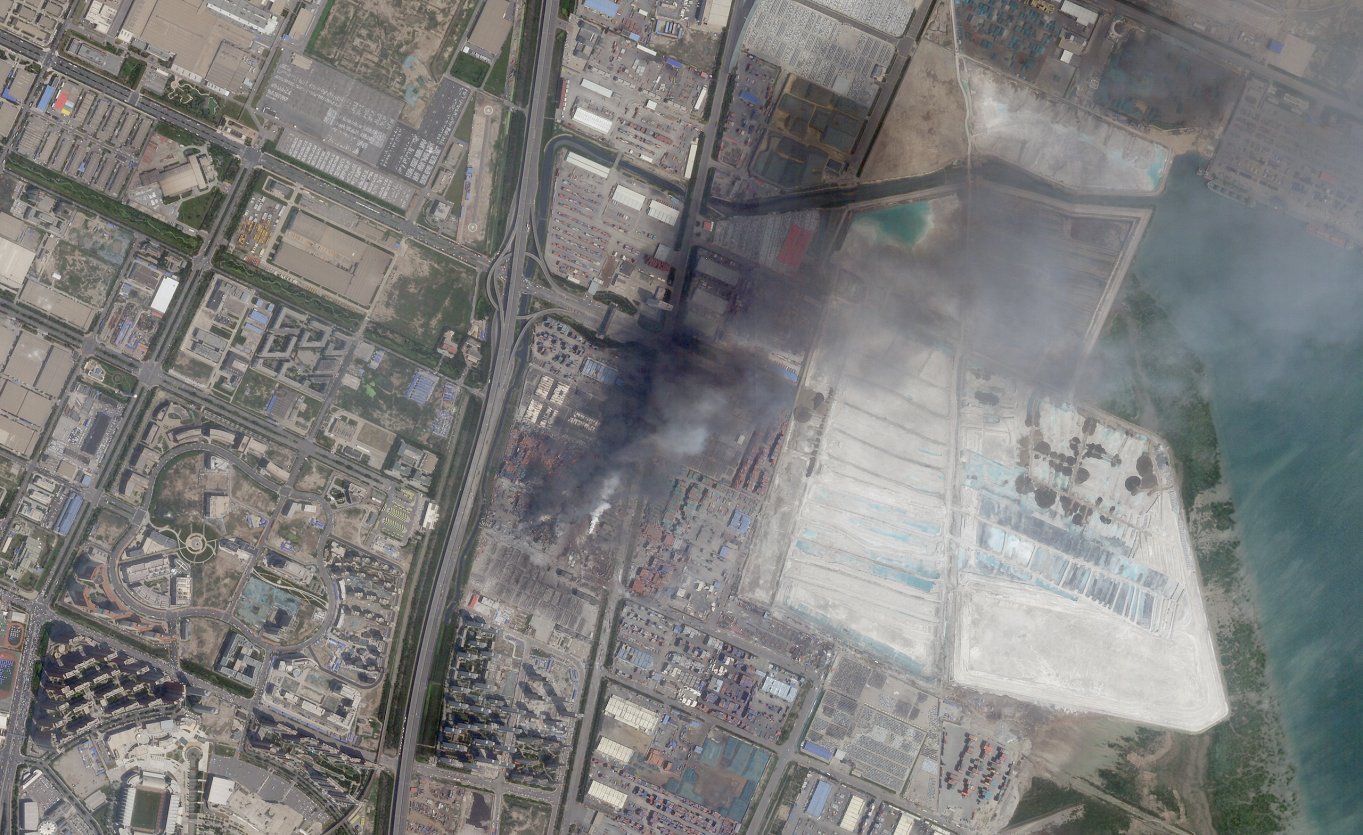 By Steven Jiang, Will Ripley and Holly Yan

Now, Luo and other nearby residents are livid at the government and want it to pay for their homes.

“I just want an answer from the government,” Luo said Sunday at a protest by local apartment owners. “Are the officials corrupt, or what? Why did they build a hazardous chemical warehouse near our home without telling us? Who would want to live next to a ticking time bomb? No one!”

It’s been four days since the explosions rocked the northeastern coastal city of Tianjin on Wednesday, killing at least 112 people, officials said — with many more bodies likely trapped in the rubble. At least 95 people are still missing, city government spokesman Gong Jiansheng said.

Rescuers have found more than 50 people alive, Gong said. They include a 19-year-old firefighter who lay on the ground for hours with burns and a cracked skull until he was found, officials said.

Workers spent another day scouring heaps of rubble for possible survivors, but one of the military commanders in the effort said the odds of finding anyone alive Sunday are slim.

The blasts, one of which had the force of more than 20 tons of TNT, left more than 700 people injured and thousands homeless, officials said.

“I asked my in-laws to take my daughter home. I don’t want them to stay here,” migrant worker Tian Binyan said. “I’m worried. I heard it’s going to rain later, and that would make the air toxic.”

Like Luo, Zhang Yuqin wants the government to buy out her home near the plant. She wears a surgical mask while outside, as do several other protesters.

‘Lessons paid for with blood’

He urged authorities to heed “safe growth” and the people’s interest first in efforts to avoid such accidents, the state news agency Xinhua reported.

The president also “urged authorities to learn from the ‘extremely profound’ lessons paid for with blood” in the Tianjin explosions, Xinhua said.

Xi is demanding improvements to workplace safety, the agency added.

The chemicals in the warehouse

The warehouse was a temporary storage facility that housed materials after they arrived at the port and before they were transported elsewhere, said Gao Huaiyou, deputy director of the city’s Work Safety Administration.

The warehouse was destroyed by the explosions, he told reporters, and managers of the facility have provided “insufficient information” about what chemicals were stored there.

But sodium cyanide, a highly toxic chemical that can kill humans rapidly, was one of them, Gao said.

On Sunday, Shi, the military commander, offered more details about what was at the site.

“After on-site inspection, we have found several hundred tons of cyanide material at two locations,” he said.

“If the blasts have ripped the barrels open, we neutralize it with hydrogen peroxide or other even better methods. If a large quantity is already mixed with other debris, which may be dangerous, we have built 1-meter-high walls around it to contain the material — in case of chemical reactions if it rains. If we find barrels that remain intact, we collect them and have police transport them to the owners.”

Gao said further investigation, including checks of customs records, would be needed to establish the types and amounts of all the chemicals at the warehouse.

More than 2,000 troops are searching areas within a 3-kilometer radius for hazardous material that may have been blown out by blasts, Shi said.

Wen Wurui, Tianjin’s environment protection chief, said Thursday that some chemical levels in the area were higher than normal but they would not be dangerous to humans unless someone were exposed to them for long periods.

By Sunday, toxin levels at the site had dropped to normal and won’t cause any health hazards, Shi said.

And Bao Jingling, chief engineer of the Tianjin Environmental Protection Bureau, said the air and water are safe for residents.

But Greenpeace warned that rain could pose more challenges by setting off reactions and washing chemicals into the ground.

Searching for a cause

Fire officials said hazardous chemicals stored at the warehouse were ignited by fire. But the cause of the fire has yet to be determined.

Executives from Rui Hai International Logistics Co., the company that owned the warehouse, have been taken into custody, state media reported Thursday.

The warehouse is in a sparsely populated district about 40 kilometers (25 miles) from the center of Tianjin, a sprawling metropolis of more than 13 million people.

About 90,000 people live within a 5-kilometer radius of the blast site, the China Earthquake Networks Center said.