One dead, one critical after hydroplaning truck struck head on 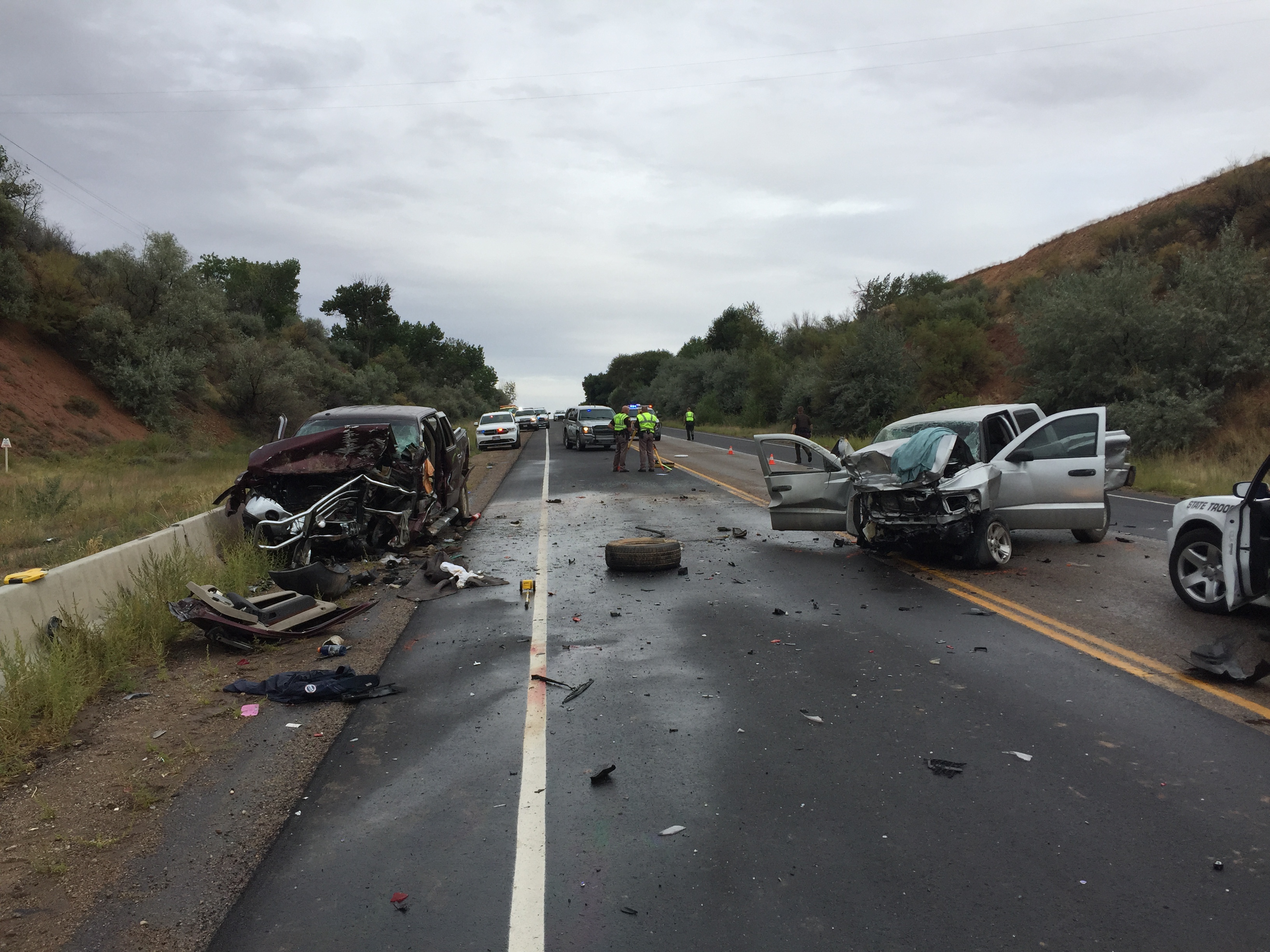 UTAH — One person suffered fatal injuries, a woman was critically injured and another driver declined medical treatment after a three-vehicle crash on US-40 that occurred after a truck began hydroplaning.

According to information from the Utah Highway Patrol, the crash occurred on US 40 near mile post 119 around 2:19 p.m.

A Dodge Dakota was traveling eastbound on US 40 and passing other traffic when the truck began to hydroplane. The rear of the Dakota drifted into a westbound lane, where it was struck by a Chevy pickup pulling a trailer.

The Dodge then spun and crossed completely into westbound lanes, where it was struck head-on by a Ford F-150.

The driver of the Dodge was not restrained, and the driver was ejected during the crash and pronounced dead at the scene.

The woman driving the Ford was buckled, and UHP stated she had to be extricated from the vehicle. She was taken to a hospital in critical condition.

The driver of the Chevy truck was wearing a seat belt and refused medical assistance.