POCATELLO, Idaho – Several crashes have reportedly occurred on I-15 in Idaho Thursday afternoon, and officials said two of the crashes were a result of swarms of bees released when a semitrailer overturned on the freeway.

EastIdahoNews.com reports that all lanes of I-15 were initially closed near mile post 71 near Pocatello after a semitrailer overturned and released a large amount of bees. A later update stated southbound lanes and one northbound lane had reopened, but the right-hand lane of NB I-15 was still closed.

The bees are reportedly moving north-west, and North Pocatello residents were asked to stay indoors and keep windows closed to avoid the swarming bees. 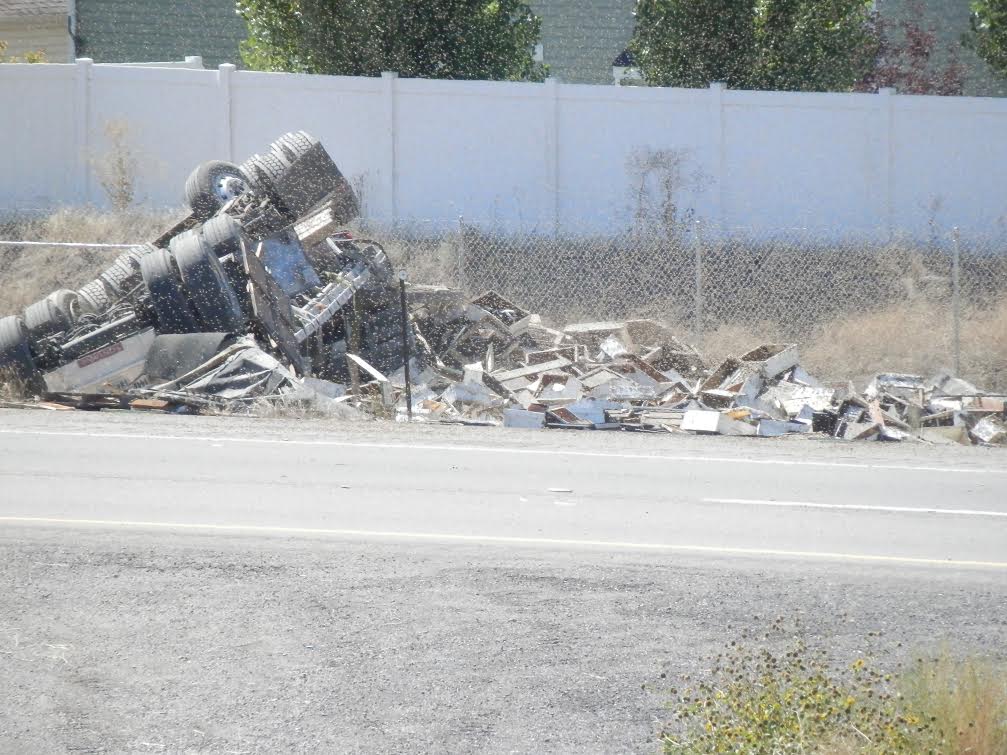