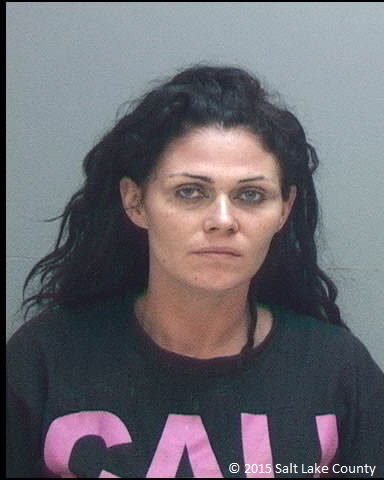 WEST VALLEY CITY, Utah — A West Valley City woman is in custody after allegedly stabbing her mother seven times early Sunday morning, and after being evaluated at a hospital she was booked into jail on charges that include attempted murder.

A woman stabbed her 48-year-old mother multiple times then went on to assault a neighbor and destruct property within the park, according to West Valley City police.

After stabbing her mother, police say 30-year-old Dianna Robles left her home and attempted to break into a neighboring trailer home.

Police say she damaged the trailer by kicking and hitting the trailer in an attempt to get inside.

Authorities say a neighbor heard the commotion and came outside.

“The suspect attacked that neighbor with the lid of a pan,” according to a press release from West Valley City police. “That neighbor sustained some cuts from the attack.”

The neighbor successfully kept Robles from allegedly breaking into his trailer.

Police say the suspect then broke into a parked van and began tearing apart the interior of the vehicle.

When officers arrived on scene, police say, Robles challenged them with a three-foot copper pipe.

An officer on scene initially used pepper spray in an attempt to subdue the woman, but authorities said she continued to challenge police and a second officer deployed a Taser.  Robles was then taken into custody.

The suspect was taken to an area hospital to be examined, but later she was booked into the Salt Lake County Jail and faces the following charges: attempted murder, aggravated assault, attempted residential burglary, vehicle burglary, assault on a police officer and criminal mischief.

The suspect’s mother was also taken to the hospital for treatment. Her injuries are not life threatening. It is unknown what she was stabbed with at this time.

Police are still investigating what triggered the event. More information will be provided as it becomes available.