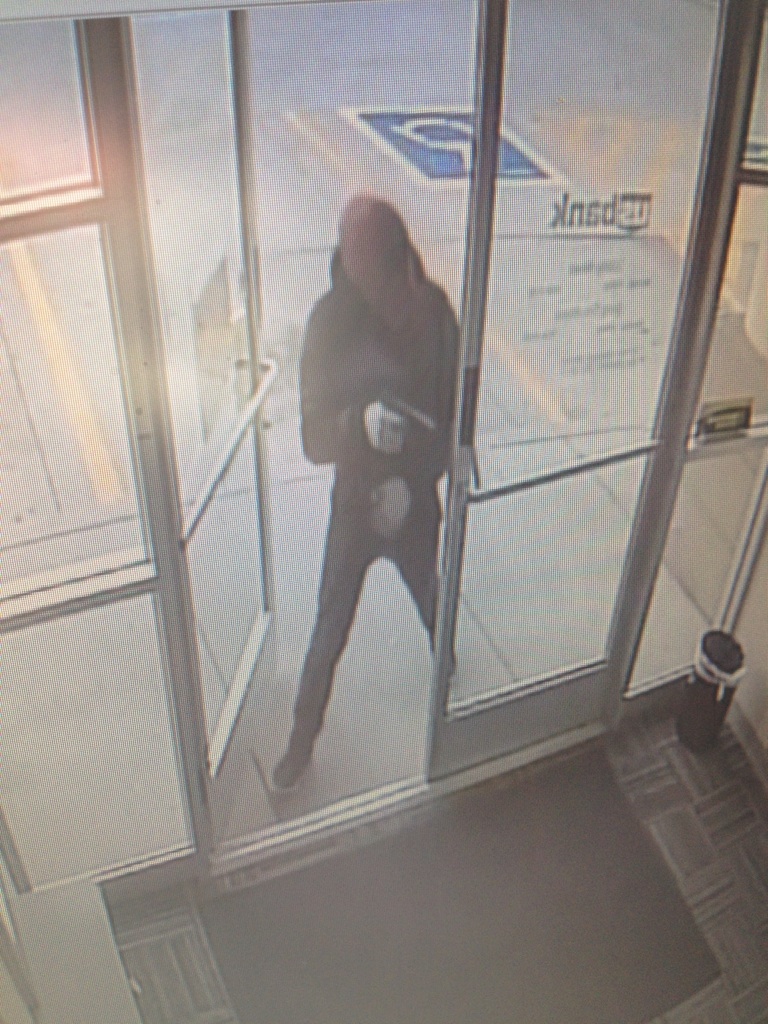 HOLLADAY, Utah — Police are searching for a man who allegedly attempted to rob a bank in Holladay as it was opening Friday morning, and officers say even though the man displayed a gun and threatened the teller, the employee was able to get to safety and call 911.

According to a press release from the Unified Police Department, officers were called to the US Bank at 1998 East Murray Holladay Road around 9 a.m. on reports an attempted bank robbery had occurred.

The suspect allegedly approached a teller as she was opening up the building for the day’s business, and he accosted her and demanded she let him into the bank. The teller was able to get through the inside set of doors and lock the suspect out of the building, at which point he allegedly pointed a weapon at her and threatened to shoot if she didn’t let him in.

The teller fled to the basement of the bank and called 911, and responding officers searched the area but were unable to locate the suspect. Police are now releasing surveillance images of the suspect in the hope the public can help them identify and locate the man.

The release states, “the violence shown by the suspect in pointing the weapon directly at the teller gives us great concern.”

The man is described as being a male with a slender build who was wearing a black leather jacket, black pants and black tennis shoes with white soles. He was wearing black and white gloves and a red hoodie or mask. The man was carrying a black, semi-automatic handgun. The man is pictured above, and anyone who sees or recognizes the man should call UPD’s Violent Crimes Unit at 385-468-9814.