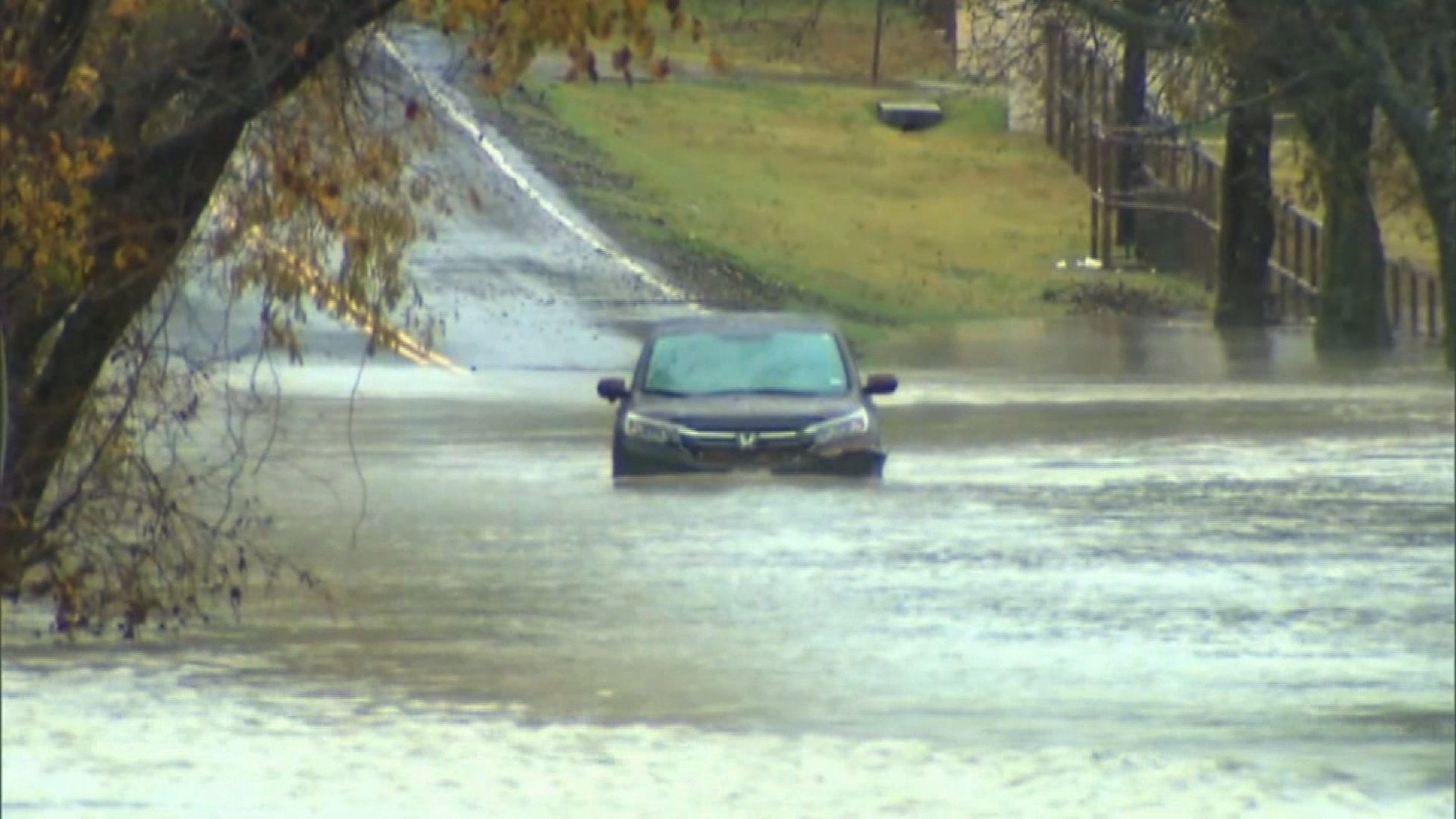 By Slma Shelbayah and Kimberly Hutcherson

(CNN) — Flooding and wintry precipitation have led to at least seven deaths in Texas and Kansas as a storm system moves across the central Plains, authorities said Saturday.

Four people died in single-vehicle accidents in Kansas, according to Lt. Adam Winters with the state’s Highway Patrol. He said all of the accidents could be attributed to black ice or hazardous road conditions.

Flooding claimed at least three lives in the Dallas. The victims include a man in Garland, northeast of Dallas. Benjamin Floyd, 29, was on his way to work when raging floodwaters swept his car off the road, according to CNN affiliate WFAA. He was unable to get out of his vehicle before it was submerged Friday, Garland city officials said.

Driver missing; deputy holds on to tree for hours

At least one other person was missing and presumed dead in Tarrant County, a situation that led to the dramatic rescue of a sheriff’s deputy who got caught up in floodwaters while trying to save her.

During an attempt to rescue her, sheriff’s deputy Krystal Salazar got caught in the surging waters and had to hold on to a tree for two hours. Salazar was rescued, Grisham said.

A significant section of the United States — from western Texas through Oklahoma and Kansas and into western Arkansas — has been coping with a weather system that brought rain and freezing temperatures.

Some 83,000 customers were without power in Oklahoma, according to utility company OG&E. There are numerous reports of trees down across the state. At least 400 utility crews have been deployed and they have restored power to 50,000, the company says.

An ice-storm warning and a winter weather advisory were in effect for parts of Oklahoma until noon on Sunday, according to the National Weather Service. Temperatures are expected to remain at or below freezing and accumulations of ice of up to one inch are possible in some areas. Freezing fog could make driving conditions even more difficult.

The National Weather Service warns that part of southeast Oklahoma and northeast Texas could still experience some flooding through Sunday evening, but some flood advisories have been allowed to expire.

In Texas, flood warnings remain in place along parts of the Trinity River in east Texas and also for sections of the Rio Grande. Water levels are expected to continue to rise along the west fork of the river through Wednesday or Thursday.

Difficult weather conditions could persist in Kansas through Sunday or even Monday. Snow accumulation of up to five inches possible in some areas. In northwest Kansas, there could be gusty winds, with the most intense snowfall coming in the early morning hours.

Drivers across the region are warned to exercise caution.

“Even small accumulations of ice can be extremely dangerous to drivers and pedestrians alike,” says CNN meteorologist Rachel Aissen. “We’ve seen between ¾ to an inch of ice over the past few days with another ¼ inch of ice accumulation on the way to the Central Plains through Sunday afternoon. Ice can bring down trees and topple utility poles.”