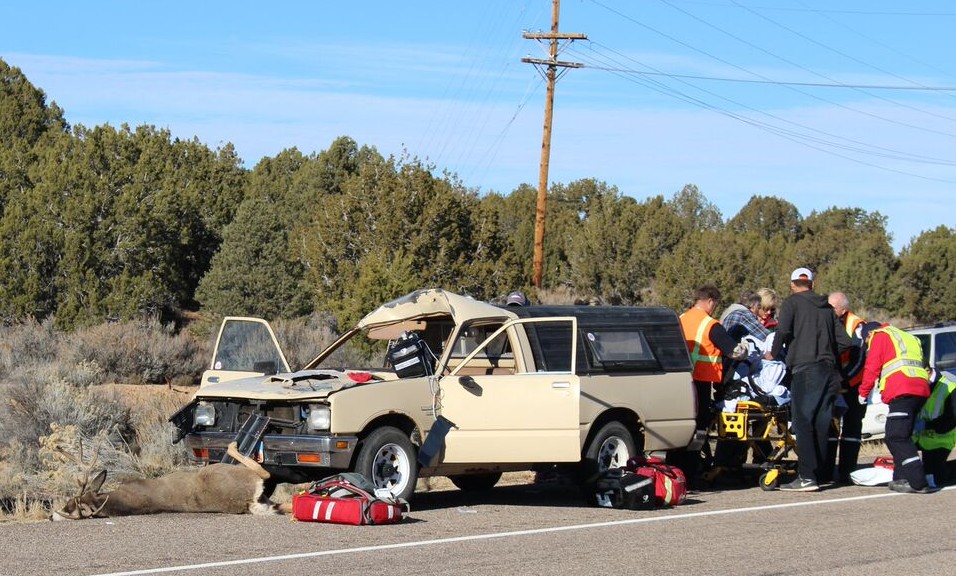 ST. GEORGE, Utah – A man in his 70s is in the hospital after his truck collided with a 200-pound buck on State Route 18 north of Diamond Valley Wednesday morning.

According to the St. George News, the deer jumped over one car and landed on the truck’s hood, sending it through the windshield and severely injuring the driver.

A medical helicopter was called to the scene near mile post 14 between St. George and Enterprise at about 10 a.m.

The St. George News reported the driver suffered a severe laceration on his neck.

Officials have not released the man’s name or his condition at this time.

Authorities said the man may be from Nevada.