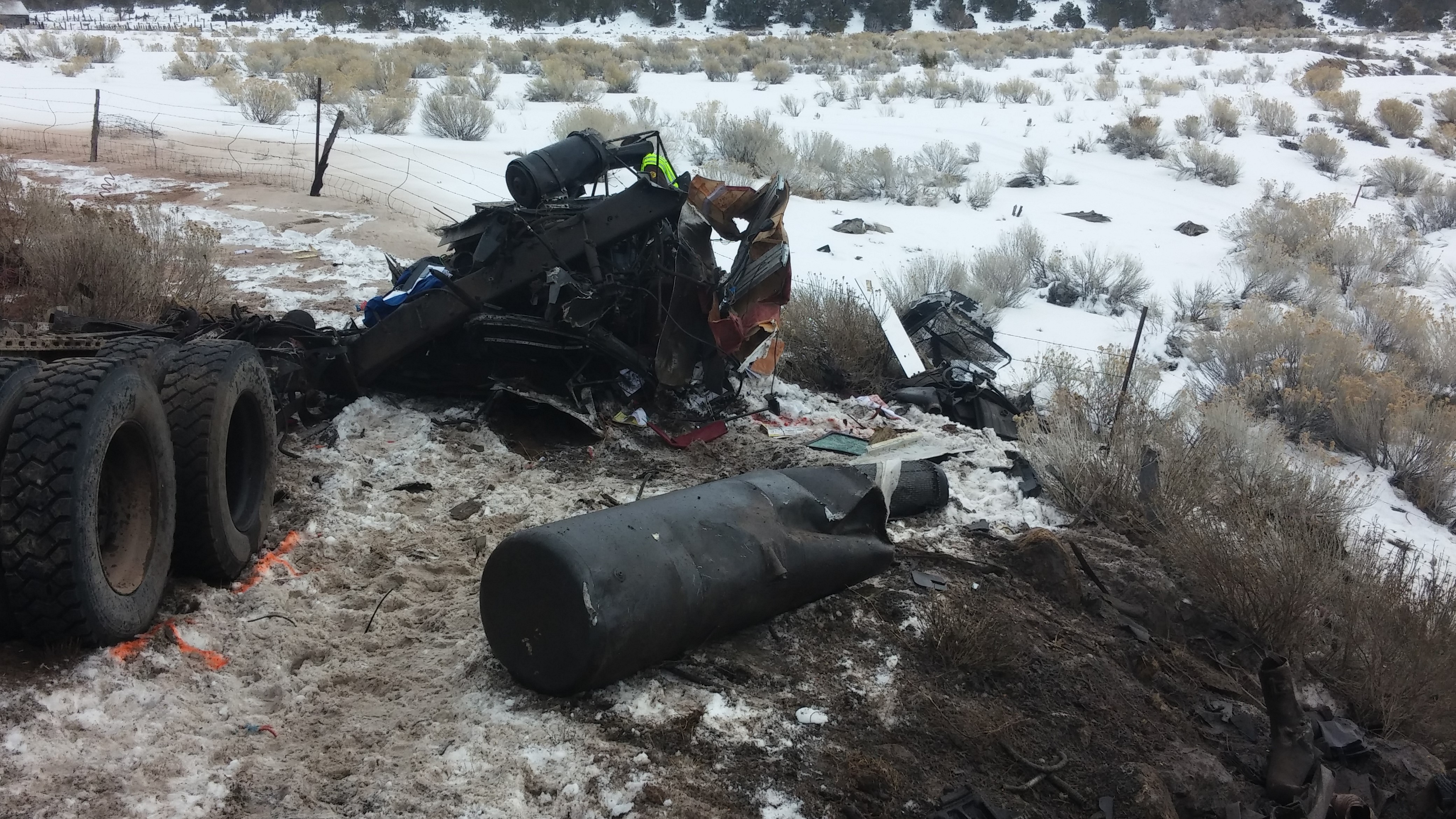 LEVAN, Utah — A semi truck driver is dead after a collision with a dump truck in Juab County Monday morning.

At 8:18 a.m., a driver hauling an empty semi dump truck with dump trailer was traveling south on State Route 28 near mile marker 20.5 in Levan, about 50 miles south of Provo.

According to Utah Highway Patrol, the driver drifted to the right side then over-corrected onto the roadway causing the truck and trailer to cross into oncoming northbound traffic.

Rodric Brett Ross, 56, of Richfield, was traveling north in a semi truck hauling wood chips when he t-boned the dump truck, according to UHP.

Ross died at the scene.

The driver of the dump truck was taken to Central Valley Regional Hospital in Nephi with unknown injuries.

Authorities say extreme damage was done to both trucks.