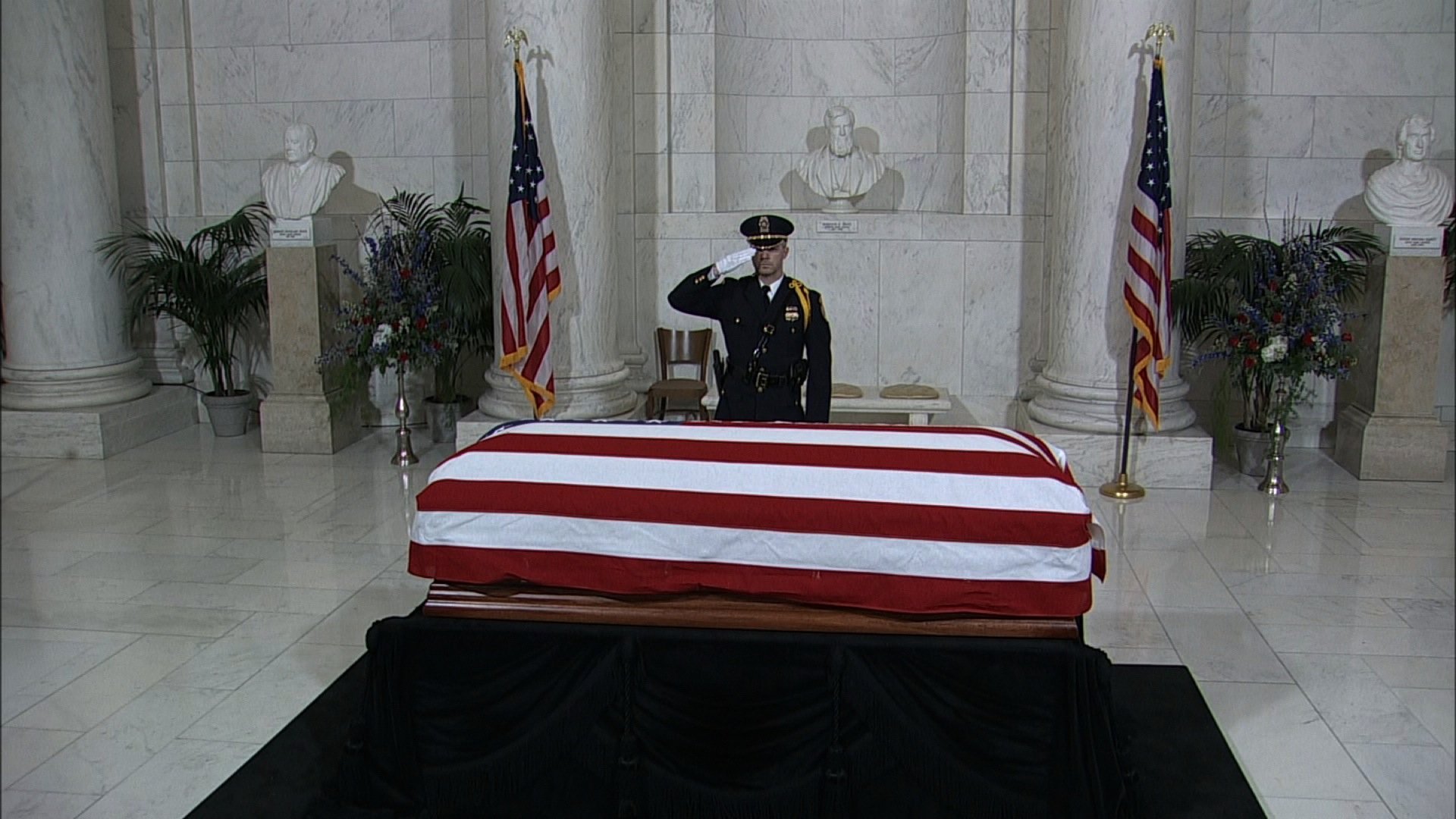 Services at the Basilica of the National Shrine of the Immaculate Conception in Washington begin at 11 a.m. ET. The late justice’s son, Paul Scalia, will deliver Mass for his father, and Justice Clarence Thomas, a longtime friend of Scalia’s, will give a reading from Romans 5:5-11, according to the funeral program.

Vice President Joe Biden and former Vice President Dick Cheney will attend, and several members of the U.S. Court of Appeals for the District of Columbia Circuit, including Sri Srinivasan and Patricia Millett, who have been floated as potential nominees to replace Scalia on the high court, are also there.

Texas senator and Republican presidential candidate Ted Cruz, who served as a law clerk to former Chief Justice William Rehnquist, arrived along with his wife, Heidi.

More than 6,000 mourners, including President Barack Obama, first lady Michelle Obama and members of Congress, stood in long lines Friday at the Supreme Court building for the chance to view Scalia’s casket as he laid in repose.

Scalia, the leading conservative voice on the high court, died in his sleep last Saturday during a visit to Texas.

His death set off an immediate debate about whether Obama should fill the seat in an election year.