The unsealed court documents allege FLDS leaders directed members to hand over their SNAP benefit cards to the FLDS storehouse, and that certain individuals laundered money to hide the activity.

“This is a multi-year investigation involving a community that has a large number of SNAP benefits recipients, who over the course of the year at the instruction and advice of the conspirators who would donate or misuse those benefits,” said U.S. Attorney John Huber.

Huber said it’s difficult to estimate how much had been taken from the federal assistance program, but said it could be tens of thousands of dollars.

On Tuesday, FBI agents and members of the local sheriff’s department raided businesses in Hildale and Colorado City, Ariz., looking for the plaintiffs. Locals said agents broke down doors, and brought people out in handcuffs.

Among those arrested were Lyle Jeffs, the brother of imprisoned FLDS leader Warren Jeffs and a bishop in the church. Former members say Lyle Jeffs had been running church operations since the prophet was imprisoned. Seth Jeffs, brother to both Lyle and Warren, was arrested Tuesday in South Dakota. 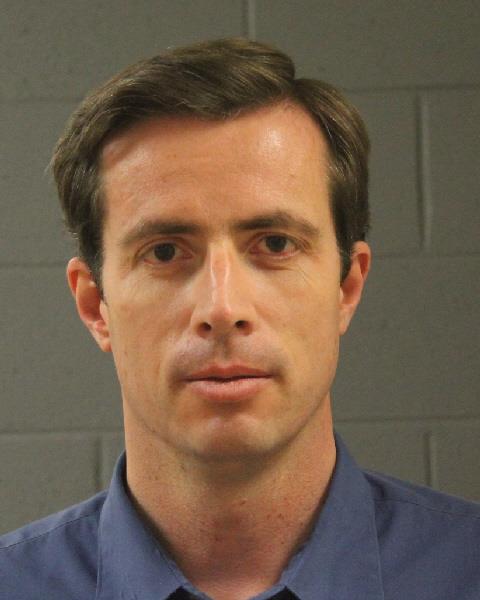 In a court filing late Tuesday, the U.S. Attorney's Office for Utah asked for detention and expressed concerns that the accused -- including Lyle Jeffs -- posed a significant flight risk. Federal prosecutors detailed a network of safe houses across the United States, western Canada, Mexico and even South America (where Lyle Jeffs is believed to own a ranch) that could keep them on the run.

Federal prosecutors pointed to Lyle Jeffs' brother, Warren Jeffs, who was on the FBI's Ten Most Wanted list before he was apprehended. They highlighted the FLDS leader's own writings to his followers, who kept him on the run for years:

"Warren Jeffs announced a policy of defying laws that conflict with his view of the laws of God: “I say to you brethren, no person, no court, no government, no people on the face of the whole earth has the right or authority to bring God into question what he has His Prophets do...." prosecutors wrote in the filing.

"Warren Jeffs’ followers consider him to be a prophet who speaks for God on earth. Warren Jeff’s brother Lyle Jeffs enforces Warren’s directives while Warren is in prison.

Former members of the FLDS church say they’re not surprised by the by the allegations. Hildale resident Isacc Wyler said he’s glad the federal government is doing something about it.

Lyle Jeffs and the other defendants who were arrested are scheduled to appear in federal court Wednesday morning.

See the statement from the U.S. Attorney's Office for Utah:

Lyle Jeffs is the brother of Warren Jeffs.  In the physical absence of Warren Jeffs, Lyle Jeffs handles the daily affairs of the organization, including its financial matters.  Another of Warren Jeffs’ brothers, Seth Jeffs, leads a congregation of FLDS members in rural Custer County, South Dakota.  Arrest warrants were issued for all defendants charged in the indictment.

“Today’s indictment is the culmination of the tireless efforts of the FBI Public Corruption Task Force, which includes the IRS-Criminal Investigation, the U.S. Department of Agriculture’s Office of Inspector General, the Washington County Sheriff’s Office and the Washington County Attorney’s Office. The violations included in the indictment are especially egregious since they allege that leaders of the conspiracy directed others to commit crimes, for which only certain people benefited.  This type of conduct represents nothing less than pure theft.  The FBI and its law enforcement partners will actively pursue those entities or persons who unlawfully manipulate and control government programs for their own gain,” Eric Barnhart, Special Agent in Charge of the FBI’s Salt Lake City Field Office said today.

"IRS Criminal Investigation uses its financial expertise to unravel complex financial transactions and money laundering schemes designed to conceal the true source of funds," stated Acting Special Agent in Charge Aimee Schabilion.  "We are committed to working with our federal agency partners in combatting frauds against the government."

Washington County Attorney Brock R. Belnap, who will help prosecute the case, expressed appreciation for the efforts of the many agencies involved in the investigation.  "I am grateful for the numerous partners who have worked diligently on this case.  It is our shared hope that this action will help innocent families receive the food assistance that they genuinely need while holding people accountable who conspire to divert those resources to illegal purposes."

Special Agent in Charge Lori Chan, Office of Inspector General (OIG) of the U.S. Department of Agriculture (USDA), Western Region, stated,  “Protecting the integrity of the Supplemental Nutrition Assistance Program (SNAP) is a major investigative priority for the Office of Inspector General.  Vendors who engage in SNAP fraud exploit the program’s needy beneficiaries, and misuse the substantial funding that taxpayers provide.   OIG is dedicated to ensuring SNAP funds are used for their intended purpose – feeding individuals and families. We look forward to continuing to work with our law enforcement partners to combat SNAP fraud.”

The U.S. Department of Agriculture’s Food and Nutrition Service operates the SNAP program to provide assistance to low-income individuals and families to purchase food products.  The authority to determine eligibility and to certify individual SNAP recipients who qualify for the program is delegated to individual states.  Persons in need of benefits apply with the appropriate state agency.  Approved applicants receive an Electronic Benefits Transaction Card (EBT card), similar to a bank debit card, that is linked to a SNAP account. EBT cards have a  magnetic strip containing recipient information and the benefit amount. When a recipient presents a SNAP EBT card to a retailer to pay for eligible food items, the retailer debits funds from the recipient’s available SNAP benefits. SNAP benefits apply only to the purchase of eligible food items. Recipients cannot exchange their benefits for non-food items, household goods or cash. Only members of the recipient household may use the program benefits.

The indictment alleges that starting in about 2011, FLDS leaders, including Lyle Jeffs, instituted the “United Order” within the ranks of the Church.  Participation in the United Order purports to constitute the highest level of worthiness and spiritual preparedness in the church.  Devout FLDS members aspire to eligibility in the United Order.  Adherents to the United Order must donate all of their material assets to the FLDS Storehouse, a communal clearinghouse charged with collecting and disbursing commodities to the community.  United Order policy also dictates that members must obtain their food and household commodities solely through the FLDS Storehouse, according to the indictment.

The indictment alleges that the defendants engage in a variety of overt acts in furtherance of a conspiracy to defraud the SNAP program by diverting SNAP proceeds from authorized beneficiaries to leaders of the FLDS Church for use by ineligible beneficiaries and for unapproved purposes.  Church leaders, including Lyle Jeffs, Seth Jeffs, John Wayman and Kimball Barlow, held meetings in which they disseminated storehouse protocols, according to the indictment.  These protocols dictated methods for unlawfully diverting SNAP benefits to the FLDS Storehouse as well as instruction on how to avoid suspicion and detection by the government, according to the indictment.

The money laundering count of the indictment alleges the defendants conspired to conceal and disguise the nature, location, source, ownership and control of proceeds of a specified unlawful activity while conducting or attempting to conduct financial transactions. The indictment also seeks a money judgment equal to the value of the proceeds traceable to the alleged criminal offenses.

An indictment is not a finding of guilt. Individuals charged in an indictment are presumed innocent unless or until proven guilty in court.

Lyle Steed Jeffs and John Clifton Wayman were arrested Tuesday morning in Salt Lake City.  They are scheduled to make an initial appearance on the charges Wednesday at 10 a.m. in Room 7.1 of the federal courthouse in Salt Lake City.

Seth Steed Jeffs was arrested Tuesday morning in Custer County, South Dakota, and will have an initial appearance in federal court in South Dakota.

Defendants arrested Tuesday in the Hildale – Colorado City area will appear Wednesday at 10 a.m. in federal court in St. George.  At this time, Ruth Peine Barlow and Kristal Meldrum Dutson have been taken into custody.