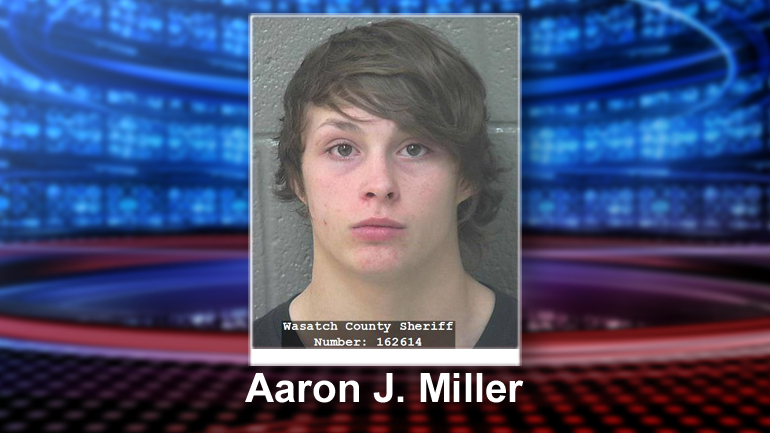 HEBER CITY, Utah — A man was booked into jail Thursday on numerous charges after he crashed a vehicle into a home and landed upside down and sideways, and police estimate the damages to the residence at about $30,000.

According to police in Heber City, officers were notified of a reckless driver on Highway 189, and the driver of the black SUV reportedly was driving very fast while passing other cars by driving off of the road and into a bar ditch and around posts.

Police eventually located the suspect vehicle, but the man continued driving–running several red lights and stop signs before crashing into a home. The vehicle landed upside down and vertical against the residence.

A woman and her small child were at home when the crash occurred, but they were at the opposite side of the house and were not injured.

The suspect, identified as 18-year-old Aaron Joseph Miller of Spanish Fork, was not injured in the crash. He surrendered to police after the crash and was booked into the Wasatch County Jail, where he faces charges of felony fleeing, DUI, reckless driving, failure to operate in a single lane, speeding, and three counts relating to a failure to stop for traffic control devices.