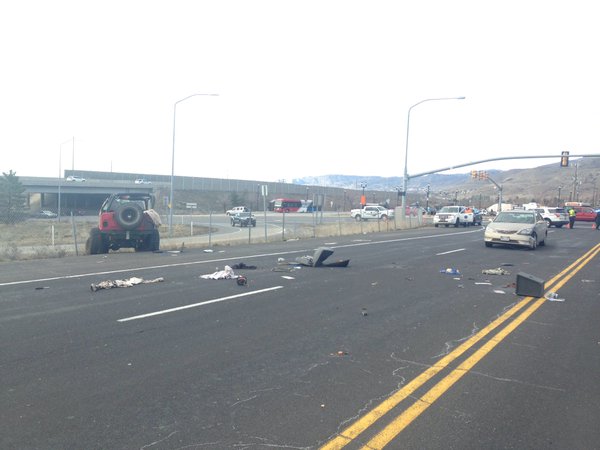 MILLCREEK, Utah — An 18-year-old man is in critical condition after a two-car crash on Wasatch Drive, Monday afternoon.

At about 4 p.m., the teen, the sole occupant of a jeep, was traveling south on Wasatch Drive when he ran a red light at 3900 South, according to Unified police. A male driver in a Toyota sedan, was turning east at the intersection when he struck the jeep.

The jeep rolled and the teen was ejected. He was taken to a nearby hospital in critical condition.

The driver of the sedan, and sole occupant of his vehicle, suffered no injuries.

Police say southbound Wasatch Drive will be closed for several hours as crews investigate the crash.