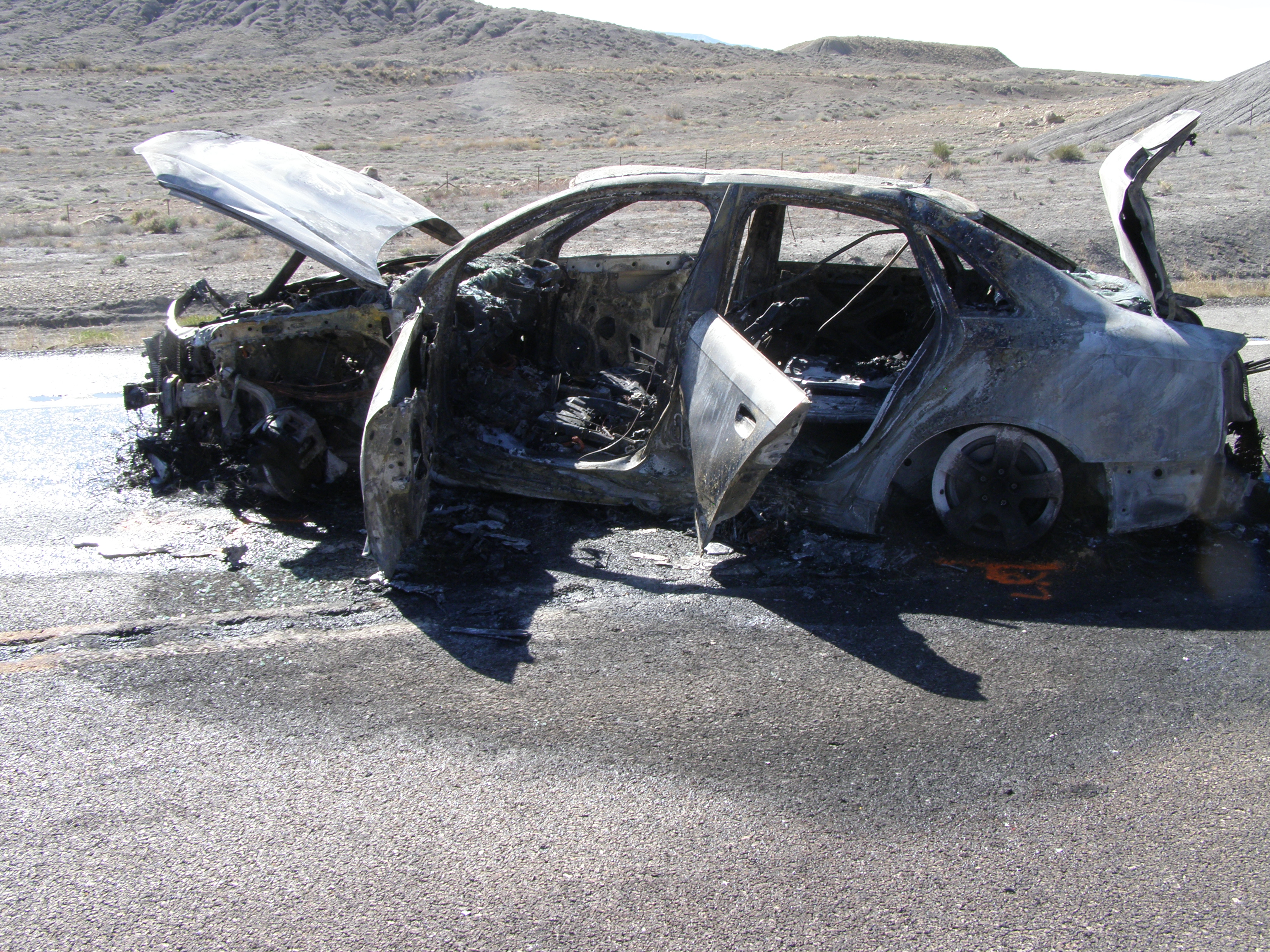 EMERY COUNTY, Utah — A woman was critically injured and another woman was taken to a hospital in an unknown condition after a crash involving three vehicles on SR-6 in Emery County Sunday.

According to the Utah Highway Patrol, the crash occurred around 2:45 p.m. on SR-6 in Emery County near mile post 273.

Authorities said the driver of an eastbound Audi was distracted after dropping his phone, and after leaning down for the device he drifted across the double yellow lines and sideswiped a 20-foot long double-axle trailer being towed by a pickup truck.

The impact caused the Audi to spin around, where it collided with another passenger car.

The driver of that third car was trapped in her vehicle following the crash. The driver, a woman in her 20s, was taken by helicopter to a hospital in critical condition. A female passenger in her 40s was taken to a hospital via ground ambulance.

The two occupants of the Audi were not injured, though police state the vehicle caught on fire after the crash.

The occupants of the pickup truck were not injured.