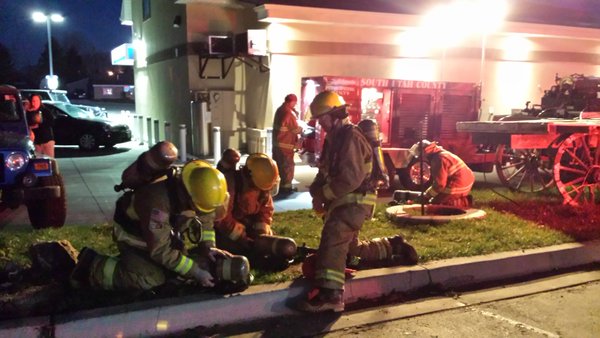 SANTAQUIN, Utah – Firefighters are investigating what sparked a fire that damaged a salon, cafe and possibly other buildings in Santaquin Thursday morning.

Fire crews were called about the blaze near 350 E. Main St. just before 6 a.m.

Authorities have not released estimates on the amount of damage at this time.

We appreciate the mutual aid crews from @PaysonFire & Genola Fire Depts. Thanks for your help. pic.twitter.com/kPCobVSdIM

Smoke and flames reported from this back office door. pic.twitter.com/lxzvqxF2OI

At 5:50 am @SantaquinFire responded to a commercial structure fire at 350 E Main. No injuries reported. Details updated as we learn them.