Salt Lake City Police said he is being booked into jail on a rape charge, as well as outstanding warrants.

Detective Greg Wilking said officers first showed up at the house, on 400 South near 1000 West, after a woman came to police Monday morning.

“We believe that the person may have been kidnapped and was taken to this house,” Wilking said.

The woman reportedly told police she was held against her will, and escaped from the Salt Lake City home.

“There’s enough there… that led us to make contact with this individual at this scene,” Wilking said.

At first, several people were inside the home but only a couple of them came outside, he said.

Police closed down 400 South in the area, and nearby Franklin Elementary was put on lockdown.

Residents were asked to shelter in place or avoid the area.

SWAT fired off gas canisters into the home to try to get the suspect out. Eventually, they took the man who was later identified as Nielsen into custody.

Wilking said the six others were taken in for questioning.

“We don’t know the relationship between these people, and what all transpired. That’s all still pretty much under investigation,” Wilking said.

The owner of the home told FOX 13 News the man he rents the house to, did not appear to be a part of the SWAT situation and was not home at the time.

He did not know who the seven people inside were, or the kidnapping allegations.

The homeowner said he’s been trying to evict his tenant.

While Nielsen is being charged with rape, police didn’t immediately release any more details on the investigation. 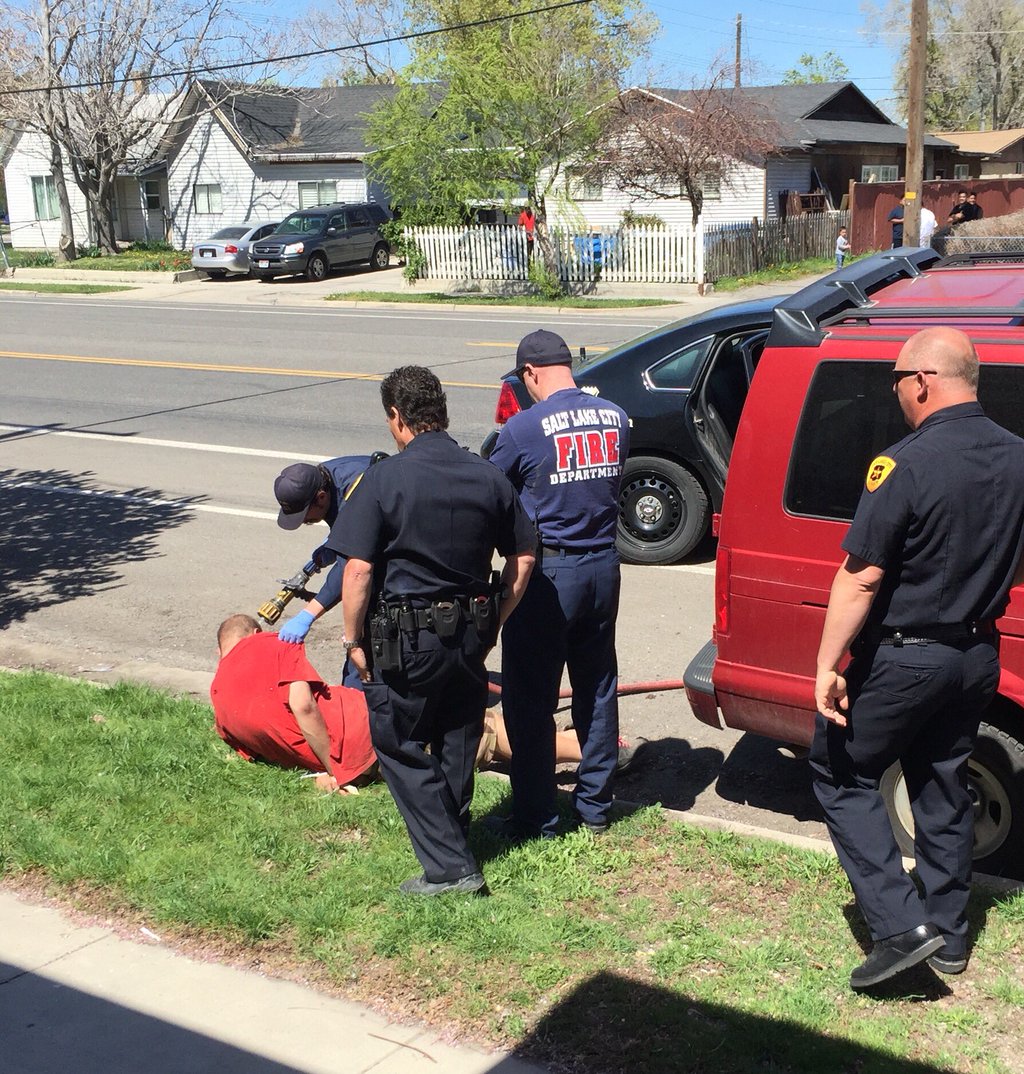