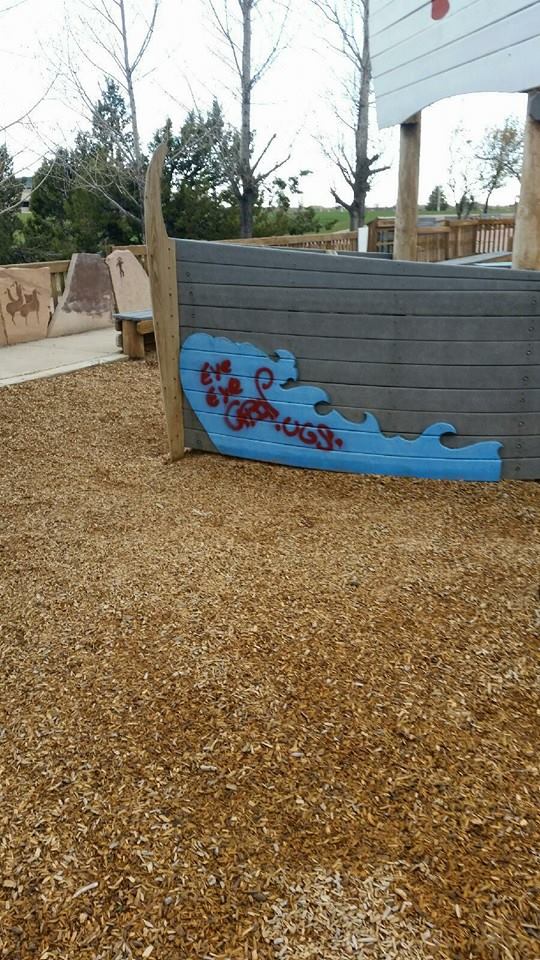 CEDAR CITY, Utah — A third juvenile was taken into custody this week after two other juveniles were arrested in connection to vandalism at a Cedar City park last week that resulted in thousands of dollars in damage.

All three suspects were booked into the juvenile detention center on a charge of criminal mischief.

Cedar City Police were first called to Park Discovery, 2077 W. Royal Hunte Drive, at about 8:45 p.m. on Friday on a complaint that the park had been vandalized.

Officers found more than 50 locations within the park where someone had spray painted the toys, fences and signs causing an estimated damage amount of $5,000, according to a press release from Cedar City police.

Officials closed the park Saturday indefinitely in order to address the needed repairs and cleanup.