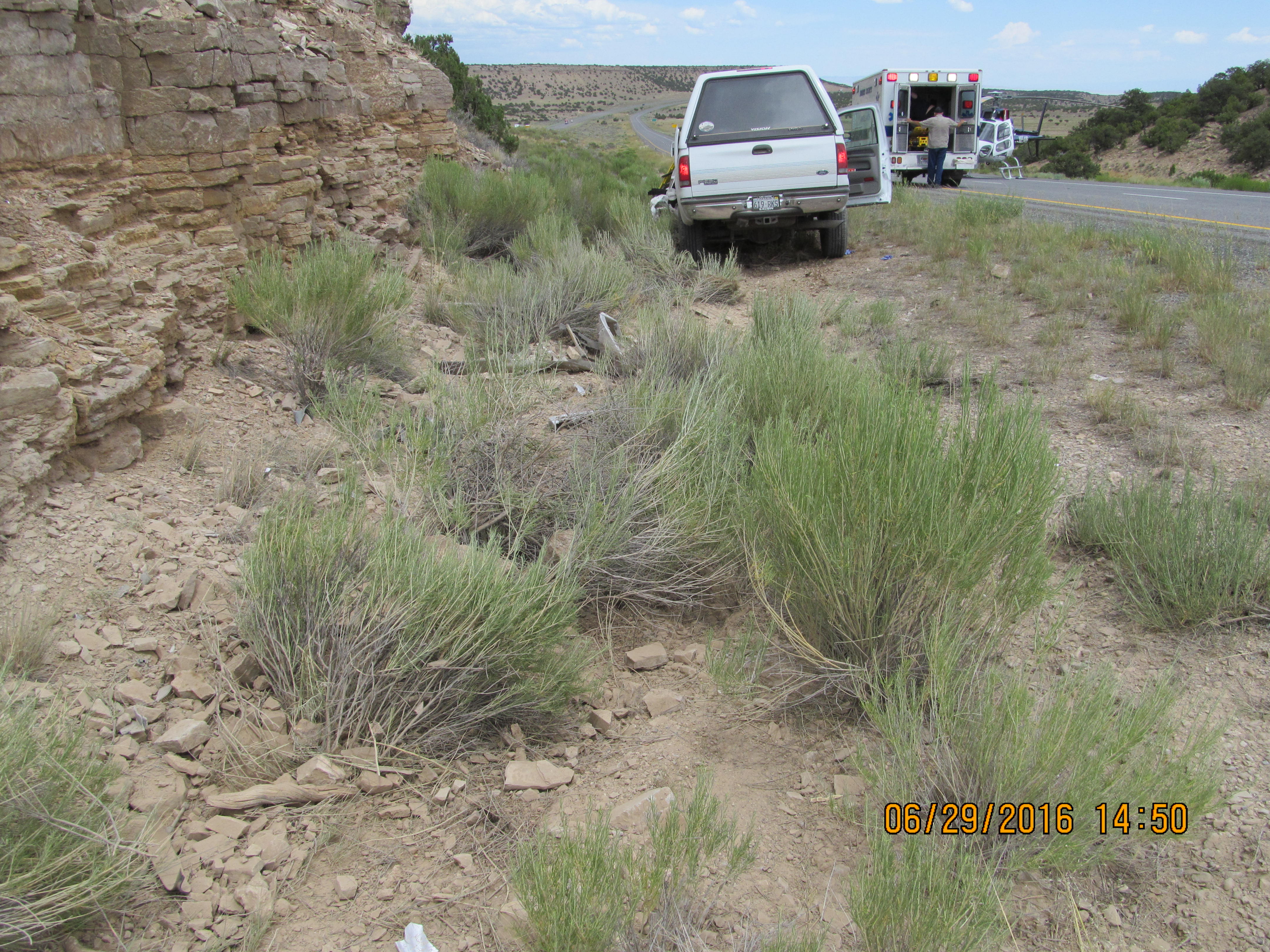 EMERY COUNTY, Utah — Three adults were killed in a single-vehicle crash in Emery County Wednesday, and officials said the three relatives were traveling from Las Vegas to Colorado for a family reunion.

According to the Utah Highway Patrol, a white Ford F-250 was travelling eastbound on I-70 near mile post 136 when the vehicle veered across a lane and into the median, where it struck a hillside, just before 2 p.m. Wednesday.

The driver of the truck,  77-year-old Ronald D. Frazier of Las Vegas, was taken to Green River Medical Center, where he later died due to his injuries. The man was wearing a seat belt.

The man’s wife, 76-year-old Mary E. Frazier of Las Vegas, was flown to St. Mary’s Hospital, where she later died due to her injuries. She was not wearing a seat belt.

Another relative, 70-year-old Beverley J. Swanson of Las Vegas, was in the back seat, and she was pronounced dead at the scene of the crash. The woman was not wearing a seat belt.

UHP states the trio were traveling from Nevada to Colorado to attend a family reunion.

Police do not believe alcohol, drugs or speed were factors in the crash.